Preston North End will play their first game in over three weeks on Monday afternoon as they travel to the Potteries to face Stoke City.

Tickets for this fixture are now off sale and Stoke City have also confirmed they will not be selling to PNE supporters on the day of the game.

Any purchased tickets which have not yet been collected can be picked up from turnstile 55 in the away end.

Those attending the game who are aged 18 and over will be required to provide Covid-19 certification on entry to the stadium, whether that be with a digital Covid-19 pass, a paper Covid-19 pass or a negative Lateral Flow Test within the 48 hours before kick-off. Find full details on how to obtain one of these here.

Supporters in the UK and Ireland not able to make it to the game can listen to live commentary on iFollow PNE with a £2.50 match pass or £4.49 monthly pass, and fans overseas can watch the match live for £10. Click here to subscribe now!

We will also have our usual coverage across our social media platforms before, during and after the game, while live updates can be found on our match centre here on PNE.Com.

As we look ahead to Monday's game, former PNE and Stoke City player Paul Gallagher joins us to discuss his time with both clubs, while Gally also talks us through his busy 2021, as he made the journey from player to coach at Deepdale.

Members of our first team squad also pick out their favourite memory from the last 12 months, watch the episode in full above or by clicking here.

After a significant number of the squad received positive Covid-19 tests last week, most of the players returned to training at Euxton on Thursday afternoon.

Ryan Lowe admitted that he will have a much better idea of who will be available for selection closer to matchday, with many of his players only just having begun a phased return at the time of his press conference.

The manager did confirm that Matthew Olosunde, Ched Evans and Tom Barkhuizen - who all missed the last game against Barnsley - had taken some part in training. 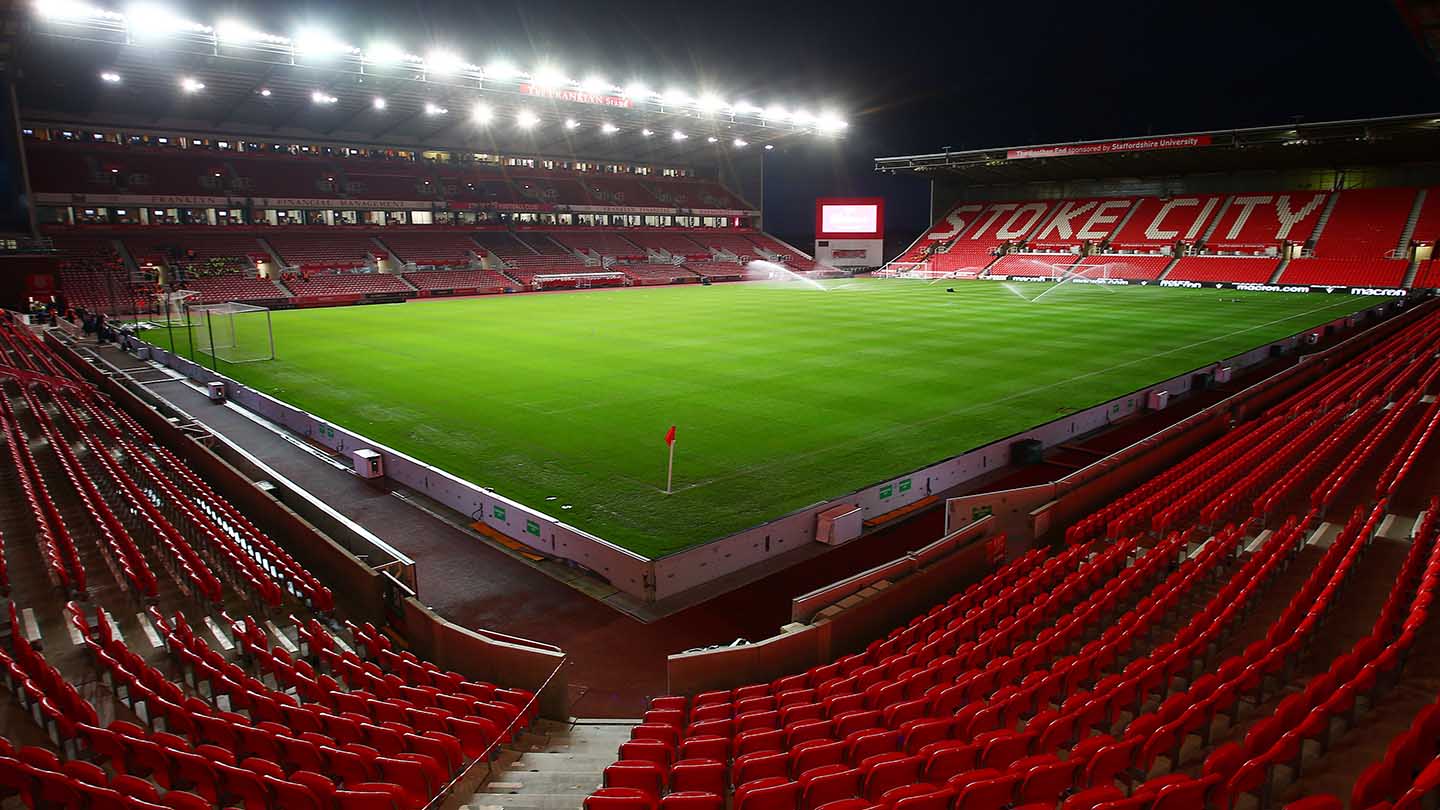 Stoke City themselves have recently been away from Championship action due to Covid-19 cases within their squad, and they made a disappointing return to league football on Thursday evening, losing at home to Derby County.

Under former Northern Ireland manager Michael O’Neill, Stoke have enjoyed a positive first half to the campaign, spending their time in and around the top six.

Their home defeat to Derby was a missed opportunity to close in on that final Play-Off spot, which they are four points away from, albeit with two games in hand heading in to the weekend’s round of fixtures.

PNE have enjoyed their visits to face Stoke City since their return to the Championship, having taken seven points from a possible nine on the Potters’ home turf.

Their form at the bet365 Stadium was a real strong point at the beginning of the season, earning 16 points from their first six home matches, however they’ve won just one of their last five in the league there.

Stoke City pose one of the strongest defences in the league, conceding 23 goals in their 23 games so far this campaign.

A stunning strike from Ben Whiteman earned PNE a point when Stoke City came to Deepdale in September.

Nick Powell had put the visitors ahead within seven minutes, but Whiteman got the equaliser with a fantastic free-kick from 20 yards before half-time.

Daniel Iversen had a pivotal part to play in between the sticks, too, coming up with big saves against the likes of Powell and Josh Tymon. 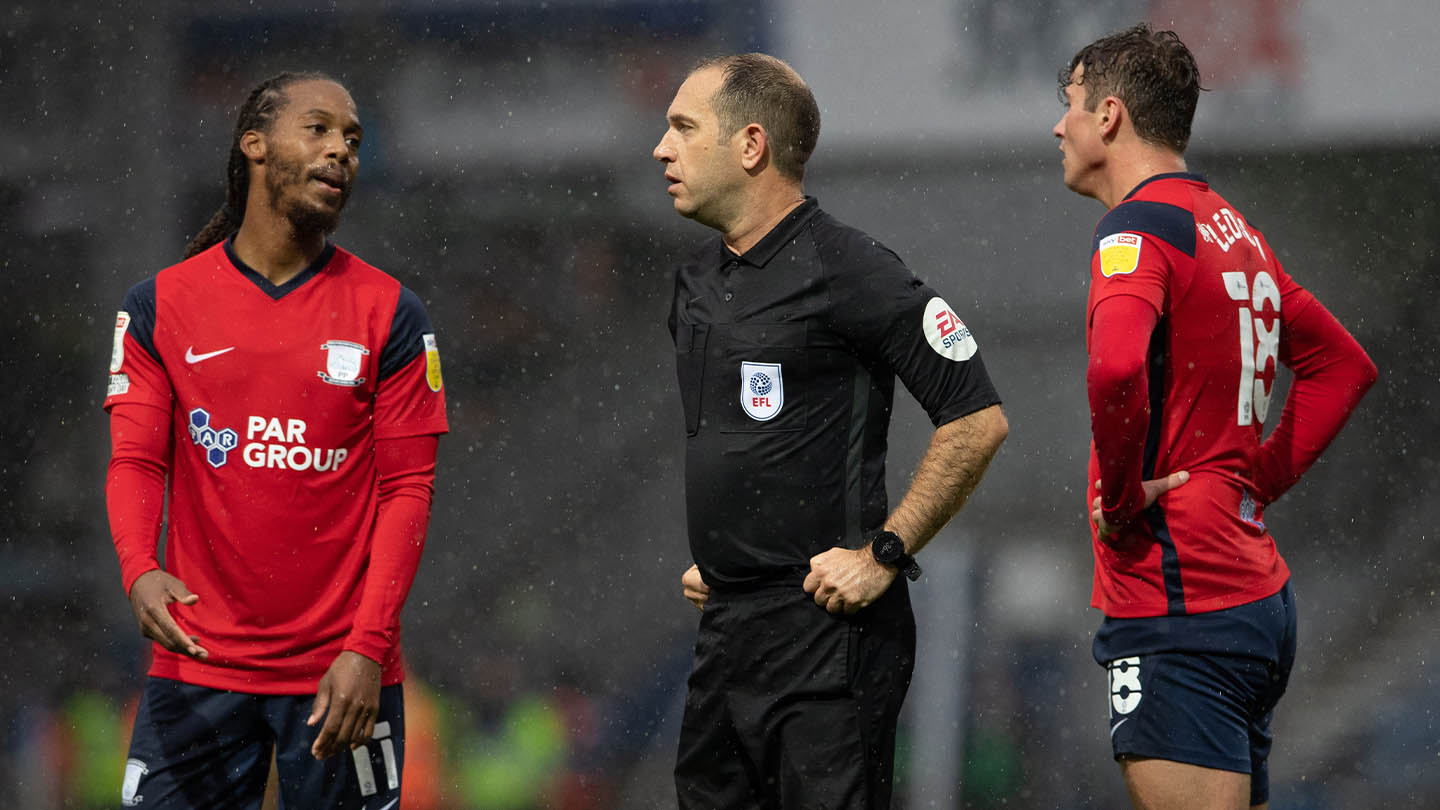 Jeremy Simpson will take charge of Monday’s fixture, for what will be his second PNE game of the campaign.

The Lilywhites have had some difficult days with Simpson in the middle, with the last three games having been away defeats to Queens Park Rangers, Cardiff City and Luton Town respectively.

Goals from Brad Potts and Andrew Hughes completed a second-half turnaround to earn all three points against Stoke City.

PNE fell behind inside the opening minute of the second half following a superb strike from 30 yards by Stoke defender Ben Wilmot, but Potts drew his side level with a remarkable goal of his own, sending a scissor kick beyond the goalkeeper.

Hughes then rose highest on 81 minutes to head home a Ben Whiteman corner to seal the victory on the road.

Ryan Lowe made two changes from his first game in charge against Barnsley last month, bringing in Potts at right wing back in place of Ali McCann, while Ched Evans came in up top to replace Sean Maguire.

North End had the first effort on target in the 11th minute with an attack – started by skipper Alan Browne – ending in Ben Whiteman’s long-range strike being collected by goalkeeper Adam Davies at the second attempt.

PNE came forward again a few moments later, this time through Daniel Johnson, who slotted the ball across goal for Evans, but defender Danny Batth blocked his effort from six yards.

The side in green felt hard done by after 20 minutes after Browne appeared to be clipped from behind inside the area, but referee Jeremy Simpson saw nothing wrong.

At the other end, Stoke City almost opened the scoring, with Batth rising highest on the end of a corner, and Hughes’ block fell kindly to Steven Fletcher, but he couldn’t adjust to find the target from close range.

The rest of the first half didn’t see any chances created for either side, however straight after the break the hosts put themselves in front with an unstoppable shot from the right foot of defender Wilmot from all of 30 yards.

Ryan Lowe’s side weren’t behind for long, though, as Johnson sent a good ball towards the back stick where Potts was waiting to volley home with a superb scissor kick, before racing up to the delirium in the away end.

That gave PNE all the momentum from that point as they pushed forward for a quickfire second, but it was Daniel Iversen that was the next goalkeeper called into action, as he was forced to save low to his left on 78 minutes to deny Alfie Doughty.

A few minutes later North End took the lead with Hughes rising highest and sending a fantastic header past Davies in goal from Whiteman's corner to win his side all three points on the road.

Tickets for our game against Stoke City on Monday 3rd January have sold out and there will be no tickets available to buy on the day of the game.

Over 1,600 PNE supporters will be in the away end at the bet365 Stadium, and any fans who have purchased tickets but have not yet collected can do so from turnstile 55 of the away end.

Supporters aged 18 and over will be required to provide evidence of their Covid-19 certification on entry to the bet365 Stadium, whether that be a digital NHS Covid pass, a paper NHS Covid pass or a negative Lateral Flow Test within the 48 hours before kick-off. You can find full details on how to obtain these by clicking here.

Travel from both Deepdale and Leyland has sold out. Coaches depart at 12 noon and seating is unreserved on these coaches, therefore supporters are advised to arrive 15 minutes prior to the departure time.