PNE will look to extend their unbeaten run at home in the Championship to eight games on Saturday afternoon when they welcome Cardiff City to Deepdale.

Tickets for this game are still on sale and will remain so right up until kick-off!

Supporters can purchase from the ticket office at Deepdale, over the phone on 0344 856 1966 or online by clicking here.

Our fan zone will once again be open before the game from 12pm, closing at 2.45pm, before reopening after full-time until 6pm. The usual selection of alcoholic and non-alcoholic beverages, and food, will be available, while recording artist duo Design Rewind will provide live music.

Supporters based in the UK and Ireland who are unable to make it to the game can listen to live commentary on iFollow PNE with a £2.50 match pass, or a £4.49 monthly pass, while fans overseas will be able to watch all the action live for £10. Subscribe here!

We will also have our usual coverage across our social media channels and right here on PNE.Com, with live updates on our match centre. 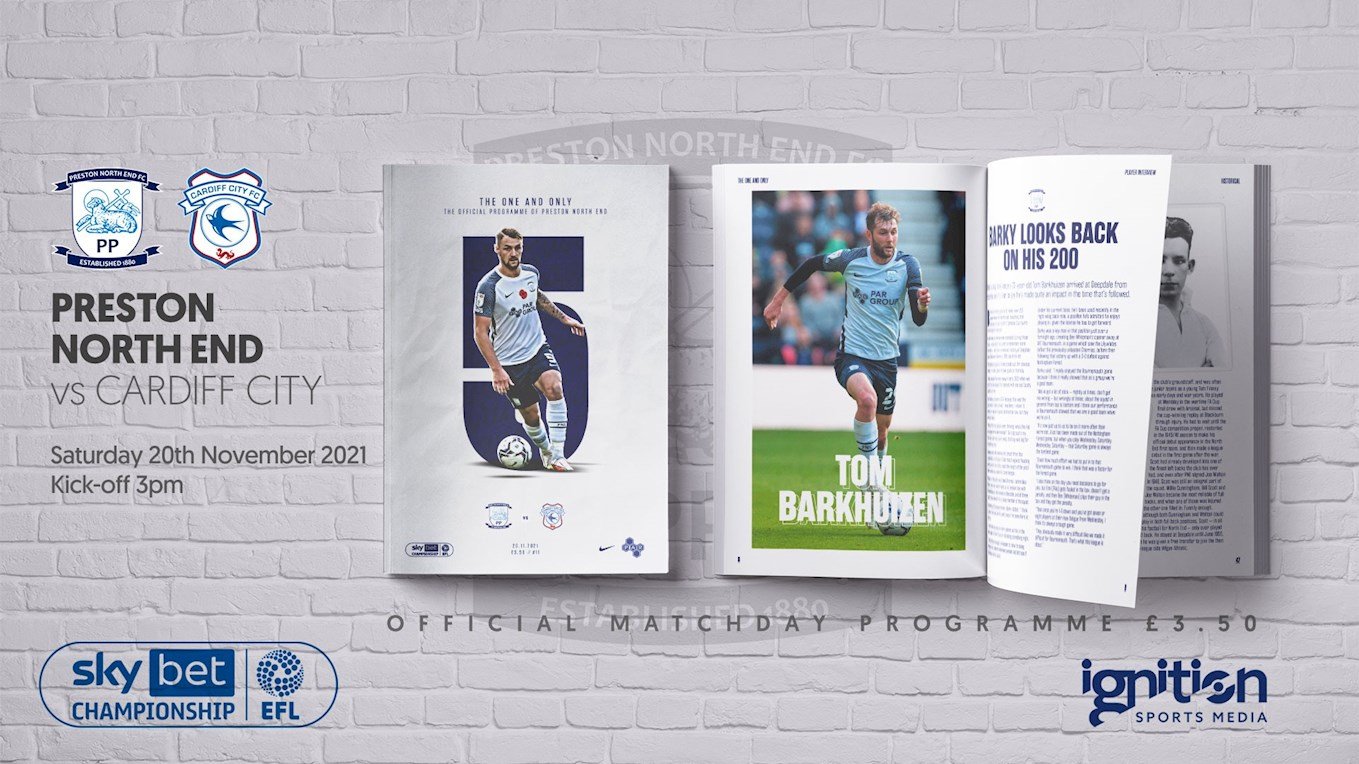 Our cover star and featured interview in the latest episode of The One And Only is Patrick Bauer, as he talks all about his life both on and off the pitch.

Also in the matchday programme, Ryan Ledson answers fan questions, Emil Riis recalls his favourite game of his career so far, Jamie Thomas tells us about his dream dinner party, and much more.

The programme will be available to buy around the ground on Saturday for £3.50 or you can order a copy straight to your doorstep here.

North End will be without Ben Whiteman this weekend, with the midfielder having picked up his fifth yellow card of the season against Nottingham Forest.

Head coach Frankie McAvoy is hopeful of welcoming a few back from injury, though, with Patrick Bauer, Sean Maguire and Alan Browne all back in training after picking up injuries.

Longer-term absentees Matthew Olosunde and Ched Evans have also returned to training recently, while McAvoy said Connor Wickham’s recovery is ahead of schedule, with the striker back out running on grass.

Josh Murphy remains out with an ankle injury, although he would have been unavailable anyway as his loan and parent club come head to head. 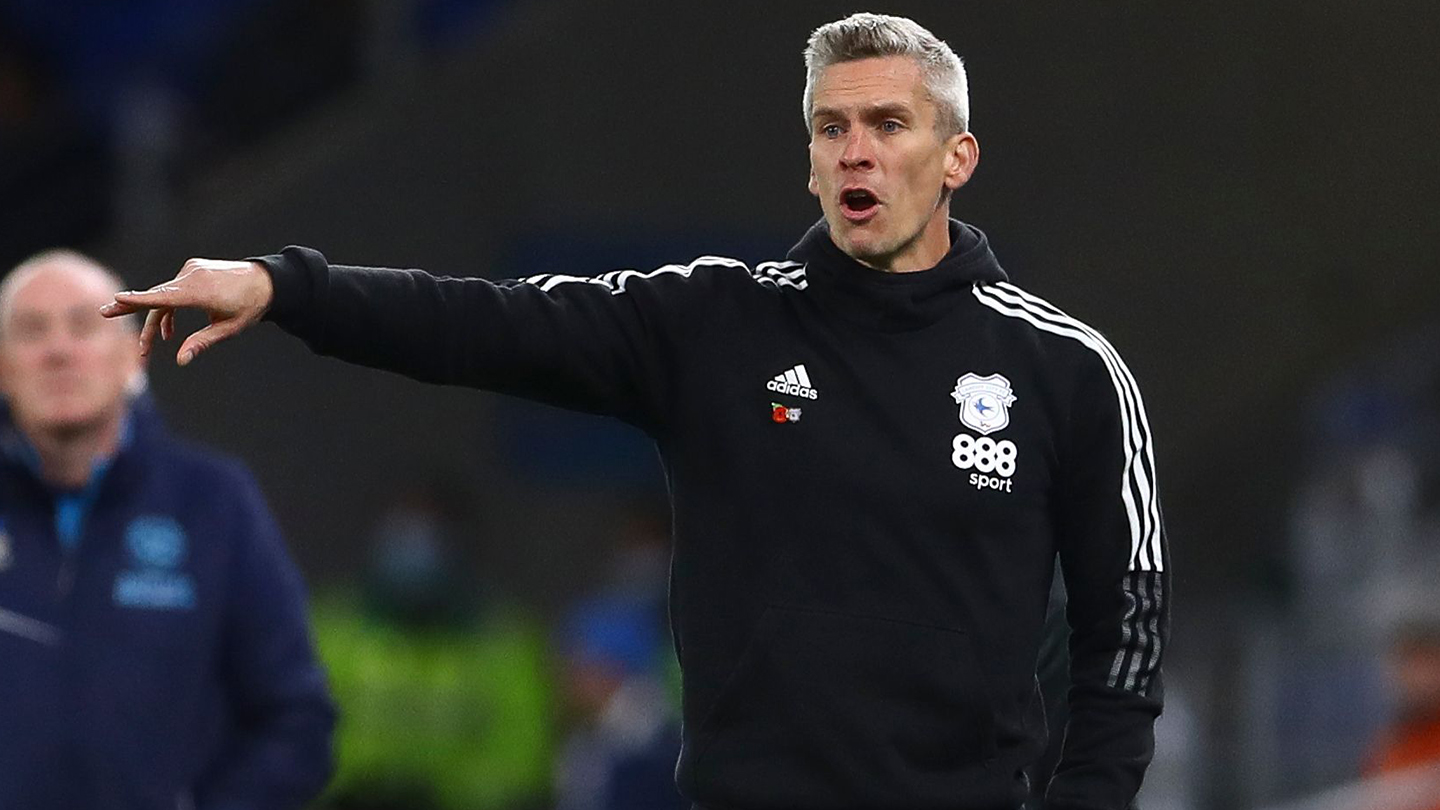 Cardiff City announced last week that Steve Morison, who took over as interim boss after the departure of Mick McCarthy, will remain in his position until the end of the season.

Morison enjoyed a quite remarkable first game in charge, with his side scoring three goals in five second half minutes to recover a three-goal deficit away to Stoke City.

The Bluebirds won their last game prior to the international break, too, defeating Huddersfield Town at home thanks to a stoppage-time winner from Kieffer Moore.

Welsh forward Moore has seen an upturn in form since Morison took over, scoring three in his last three, but he’s got some way to go to reach the heights of last season when he netted 20 goals in the Championship.

Cardiff’s main threat so far this term has arguably been young winger Ryan Giles, whose seven assists in the league so far this term make him the division’s joint-second top creator in the Championship.

As mentioned above, PNE could make this their eighth game unbeaten at home in the league, and it would be the first time they have achieved that since 2019, when Alex Neil's side went 11 unbeaten at Deepdale between April and November.

It wasn’t a happy journey to South Wales for North End the last time these sides met, with the hosts coming out 4-0 winners.

Kieffer Moore opened the scoring just two minutes in from the spot, before current PNE loanee Josh Murphy made it two. Goals from Marlon Pack and Mark Harris in the final 20 minutes then made the scoreline more emphatic. 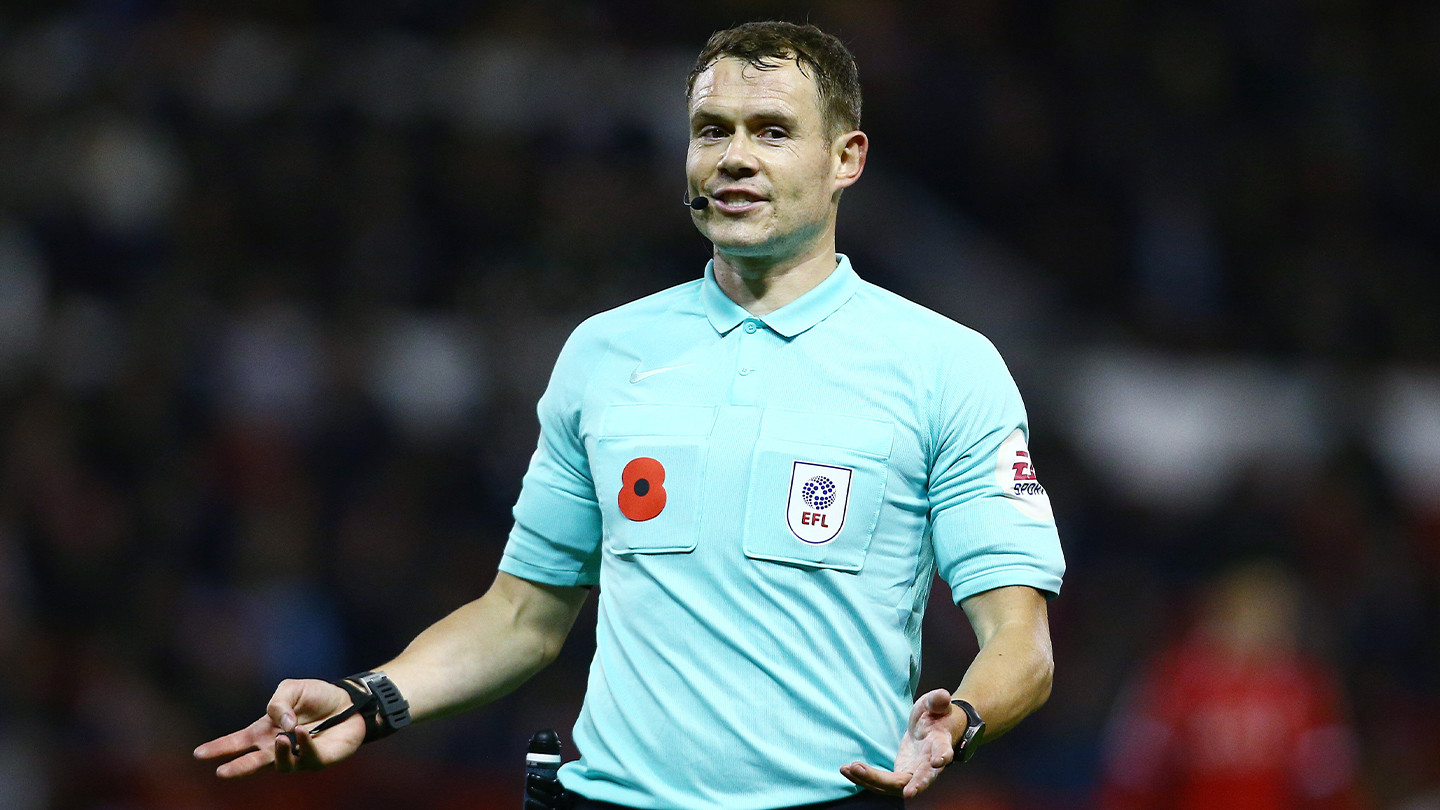 Referee Leigh Doughty will take charge of his first ever Preston North End first team game this weekend, but he will be familiar with a few PNE players having overseen last month's Central League victory against Rochdale.

The former PE teacher became an EFL referee in 2019 and quickly moved through the levels, being appointed to the Select Group 2 ahead of the 2020/21 campaign.

Doughty has taken charge of 12 games so far this season, showing 48 yellow cards and one red.

PNE got off to a flying start, with Maguire opening the scoring within 90 seconds of kick-off, but Cardiff started brightly themselves in the second, as Mark McGuinness equalised on 51 minutes.

Frankie McAvoy made four changes from the defeat against Nottingham Forest prior to the international break, with Alan Browne, Greg Cunningham, Ryan Ledson and Maguire all coming into the team.

North End came out of the blocks with real purpose, as Emil Riis was sent forward by Alan Browne, and he pulled the ball back for Ali McCann to send an effort goalwards, which was deflected wide.

From the resulting set piece, PNE earned a second corner from the other side. Ryan Ledson whipped in the corner, seeing it flicked on to the back post where Maguire was waiting to tap home to give his side the lead within 90 seconds.

After Andrew Hughes saw a 25-yard free-kick saved on 17 minutes, Cardiff went up the other end for their first chance of the game, but Aden Flint could only head wide as the ball fell to him just more than six yards from goal.

North End almost doubled their lead before the half-hour mark as Browne marauded forward before feeding Ali McCann, who struck a fierce effort at Alex Smithies, but the goalkeeper was equal to it.

The Lilywhites continued to dominate the opening period and deservedly had the lead at the break, but the visitors came out firing at the start of the second half.

Half-time substitute James Collins fizzed an effort just wide a minute in, before Will Vaulks struck a fierce, low effort against the base of the post just a few moments later.

Cardiff weren’t made to wait much longer for their equaliser, though, levelling the score on 51 minutes when Mark McGuinness headed Will Vaulks’ free-kick past Daniel Iversen.

Ryan Ledson came close to putting his side back in front before the hour mark, but his shot on the bounce from the edge of the box, having controlled well with his left, was tipped around the post by the ‘keeper.

It was at the other end that the third goal of the game came, though, with Collins getting on the end of Giles’ corner from the right to put his side ahead.

McAvoy used all three substitutes available to him to try and swing the game back in his team’s favour – bringing Josh Earl, Scott Sinclair and Daniel Johnson off the bench – but it was Cardiff who almost scored again late on, with Rubin Colwill being denied by a superb save from Iversen at close range.