PNE will face Lancashire rivals Blackpool on Saturday for the first time in league action since February 2010.

Tickets for this game are sold out and there will be none available on the day, but supporters can watch the game live at Deepdale via a beam back.

Two large screens will be located pitchside, with supporters sitting in the Bill Shankly Kop for the price of just £5, and there will also be free parking available on the Sir Tom Finney, Alan Kelly Town End and Invincibles Pavilion car parks.

The fan zone will be open from 1.30pm for drinks and refreshments, with turnstiles 22 to 25 then opening from 2pm for pre-match build-up. The fan zone will also reopen after the game, with further details here.

Deepdale will be the only place in the UK and Ireland where supporters can watch the game live, if not at Bloomfield Road, but fans overseas will be able to watch on iFollow PNE. 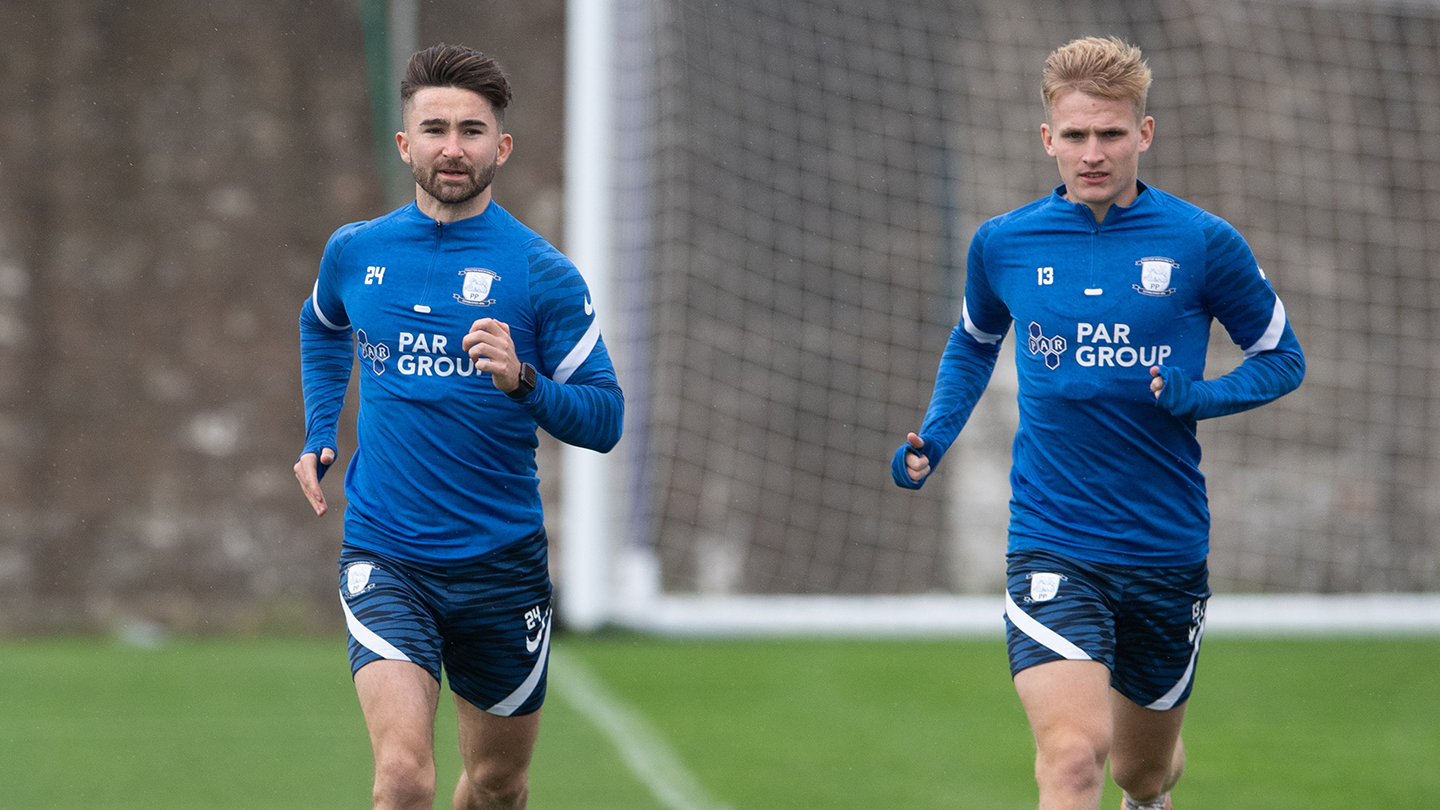 After picking up injuries in the defeat against Queens Park Rangers prior to the international break, both Sean Maguire and Ali McCann have been back in training with North End ahead of this fixture.

Frankie McAvoy said that the rest of the squad which faced Coventry City on Wednesday night would be assessed on Thursday.

Blackpool head into Saturday’s game after coming from behind to beat Reading on Wednesday evening, with three goals in the second half turning around a two-goal deficit.

They currently sit 12th in the table in their first season back in the Championship since being relegated in 2015.

In the dugout for them is Neil Critchley, in his first senior managerial role after previously being in charge of Liverpool’s U18s and U23s.

Striker Jerry Yates, joint top scorer this season in the Blackpool squad, comes into this encounter in fine form, having scored four goals in his last three games.

PNE have much the better of the head to head record against their rivals, winning 45 of the 94 games, compared to Blackpool’s 30 victories.

The Seasiders sit third in the form table, taking 13 points from a possible 18, with the only defeat in that run coming against Huddersfield Town at home.

Not many will need reminding of the last time these two sides faced each other back in League Cup action in 2013.

The game looked set to be heading into extra-time, but captain Tom Clarke popped up with a famous 87th-minute winner, heading home Lee Holmes’ free-kick, cuing huge celebrations in the home stands.

Get into the pre-match mood by watching the latest episode of The Weekend Warm Up!

This week, we were joined by Chris Brown and Neil Mellor as they look back on a famous victory. Micky Conroy talks to us from Australia about his winner in this fixture back in 1994, while current skipper Alan Browne chats to presenter Simon Crabtree in the studio. 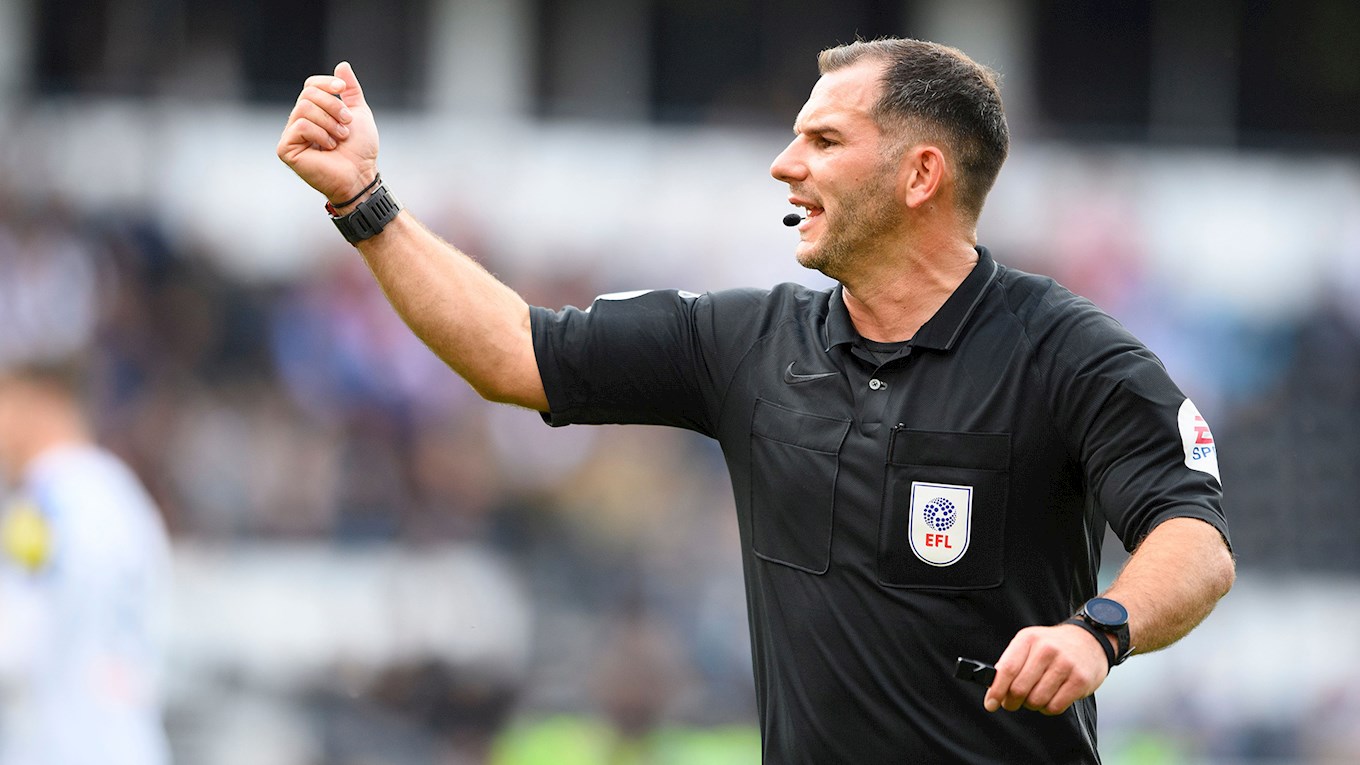 Tim Robinson will take charge of his second PNE game of the season at the weekend, with the first being the goalless draw away at Bristol City back in September.

Robinson is an experienced EFL official, with his first season in the Football League coming in the 2012/13 campaign.

He will be assisted by Andrew Fox and Matthew McGrath, while Bobby Madley will be fourth official.

A goal in each half from Keshi Anderson and Gary Madine gave Neil Critchley’s side victory, as North End ended the game with ten men.

Anderson scored on 27 minutes, after a ball in from the left by James Husband, with Madine poking home Jerry Yates’ pass midway through the second half, before skipper Alan Browne was sent off in injury time.

Head coach Frankie McAvoy went with the same starting XI that had defeated Coventry City in midweek and they had the first chance of the game, Ben Whiteman firing an effort on target from 20 yards, goalkeeper Dan Grimshaw spilling it, but getting hold at the second attempt at the feet of Emil Riis.

The hosts’ first opportunity came on the ten-minute mark, as Kenny Dougall fired wide from inside the ‘D’ after the ball ricocheted out to him after a ball in from the right.

Some good play from PNE came mid-way through the half as Browne found Riis through the middle. He took the ball past a defender and then played a short pass right for Daniel Johnson, but there was not enough on it and a tackle came in to block the shot at the Jamaican’s feet.

But the deadlock was broken on 27 minutes as Richard Keogh found Husband with a ball into the left channel, it was played into Anderson 15 yards out, who miss-hit his shot, but it curved inside the bottom left-hand corner by the narrowest of margins.

On the half-hour mark, a Scott Sinclair shot from 25 yards took a slight deflection and Grimshaw claimed at the top left-hand corner, before right on half-time Andrew Hughes had a shot blocked after a long throw from Riis was flicked on by both Patrick Bauer and Sepp van den Berg.

The Lilywhites came out with an intensity after the break and after a brilliant tackle from Josh Earl at one end of the pitch to deny Anderson, PNE then made a superb counter. A break down the right saw Riis play the ball across to Ben Whiteman, 18 yards out, who struck the ball first time and it flew past Grimshaw, but inches wide of the left-hand post.

Soon after there was a strong penalty shout on Alan Browne, after a long throw from Riis caused havoc in the box and Browne was flattened by Jordan Gabriel, but referee Tim Robinson saw nothing as Gabriel needed treatment.

Just after the hour mark Tom Barkhuizen and Sean Maguire replaced Johnson and Earl and they were a threat straight away, Whiteman almost found Barkhuizen, only for it to be cut out for a corner.

And moments later it was 2-0 as Jerry Yates threaded the ball through and Madine poked home from inside the six-yard box.

North End kept looking for something from the game, and with a quarter of an hour left a ball in from Browne flashed across the face of goal and out for a corner. The cross in from the left was flicked on by Maguire and wide by Sinclair.

In injury time, substitute Callum Connolly’s late challenge on Maguire resulted in a melee, with Browne shown a second yellow card of the afternoon, resulting in the visitors finishing the game with ten men as the Seasiders took the points.

All tickets for Preston North End's fixture with Blackpool on Saturday 23rd October have now sold out.

The last of our full allocation of 2,200 tickets were sold on Monday once they had gone on sale to supporters with 280 loyalty points or more.

For fans who didn't manage to get a ticket, the club remain in discussions over a live stream of the game at Deepdale and we will have further confirmation on this as soon as possible. 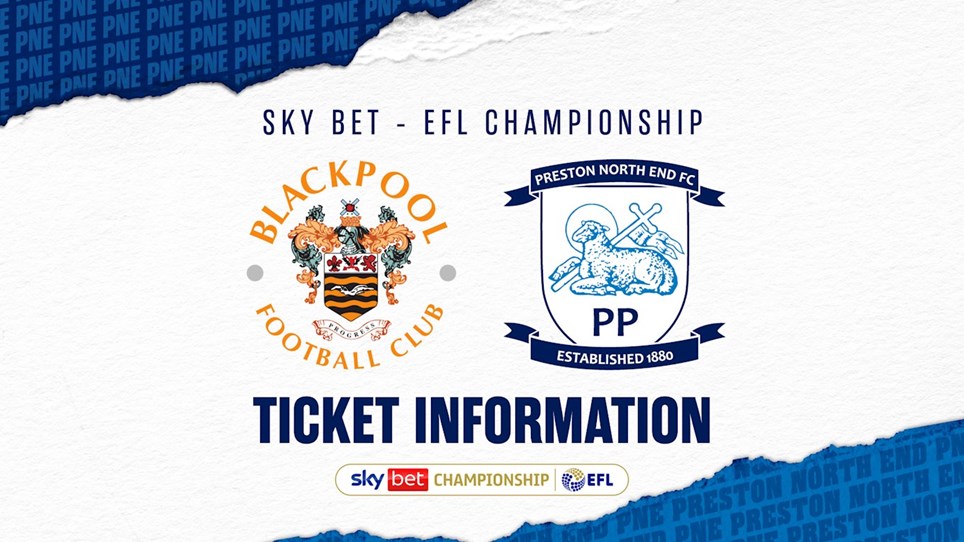 
Ticket details for Preston North End’s trip to Blackpool next month can now be confirmed.