Preston North End will look to extend their impressive record against Coventry City on Wednesday evening, going in search of a 16th game without defeat in the league against the Sky Blues. 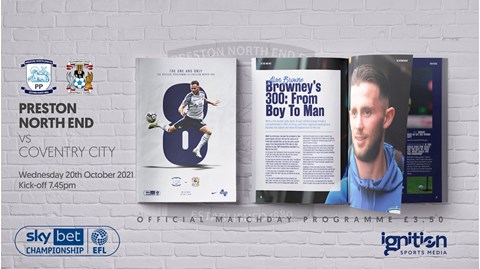 Tickets will remain on sale for this fixture right up until kick-off from the ticket office, while you can also purchase online from mypne.com.

The fan zone will again be open for home supporters from 5.30pm until 7.30pm, with live music coming from solo artist Jake Heaton, and it will reopen after the game at 9.45pm until 10.30pm.

For those who can’t attend the match, it will be available to watch live online on iFollow PNE from the UK and Ireland with a £10 match pass, as well as overseas. You can subscribe here.

After missing the weekend’s draw against Derby County through injury, Frankie McAvoy is hoping he will be able to call on Sean Maguire for this fixture.

Those who will miss out though include Ali McCann, Ched Evans and Matthew Olosunde, the latter of which is now back in full training.

Club captain Alan Browne will be in line to feature for North End in what would be his 300th appearance for the club, only the 27th man to reach that landmark.

After finishing 16th in the Championship last season – their first back in the second tier for eight years – Coventry appear to have stepped things up this campaign, currently sat fourth in the table.

The Sky Blues, managed by Mark Robins, have been many people’s surprise package so far this term, and they arrive at Deepdale after thrashing promotion hopefuls Fulham 4-1 before taking a point away from Ewood Park.

PNE will be looking to extend their quite remarkable record against Wednesday night’s visitors, having gone unbeaten in the last 15 meetings with the Sky Blues.

It won’t be as easy as that, though, given Coventry’s impressive form. They’re looking at a major improvement compared to last season, currently sitting 14 points better off than at the same stage in 2020/21.

Swedish striker Viktor Gyokeres has had a major part to play in that, having been directly involved in 11 of their 18 goals so far this term, but he could be in doubt for this one due to an ankle injury picked up at the weekend.

PNE mathematically secured their Championship status towards the end of April 2021 with a 1-0 victory over Coventry.

The only goal of the game came from the penalty spot, as Alan Browne beat Ben Wilson in the home goal after Ched Evans was brought down in the area. 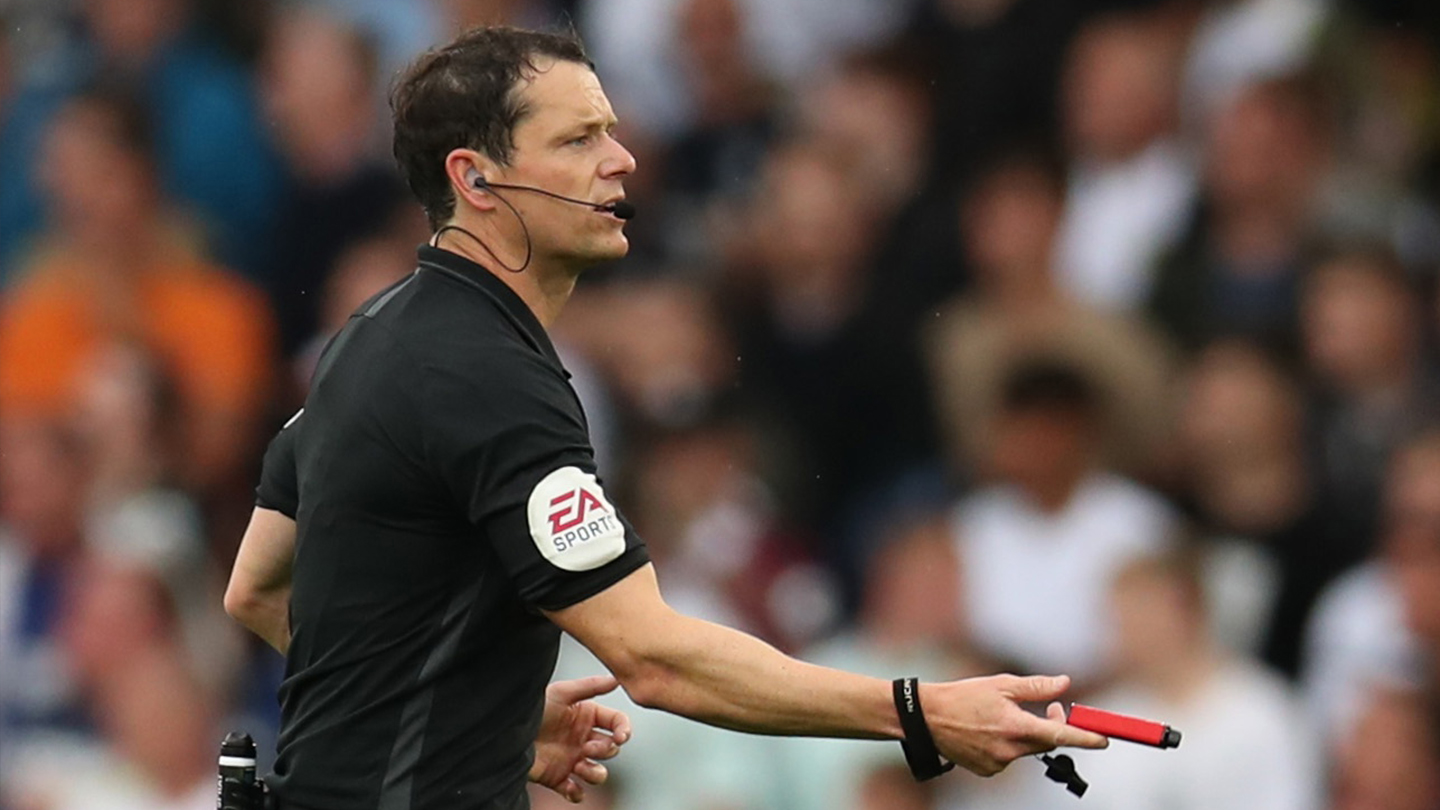 Darren England will take charge of Wednesday night’s game, which will be his first Championship match of the season.

England’s last time at Deepdale came in February 2021, as PNE played out a goalless draw against Queens Park Rangers in front of the Sky Sports cameras.

Preston North End came from behind to beat Coventry City 2-1 at Deepdale, thanks to goals from Patrick Bauer and Emil Riis.

Tyler Walker opened the scoring for the visitors right on the stroke of half-time, as he fired an effort into the roof of the net from 18 yards.

North End turned the game around in an eight-minute period of the second half, though, with goals from Bauer and Riis earning their side all three points.

Frankie McAvoy made two changes from the weekend with Ben Whiteman and Scott Sinclair coming in to replace Ryan Ledson and Tom Barkhuizen, while Alan Browne captained the team on his 300th appearance for the club, becoming the 27th man in PNE history to reach that figure.

Jordan Storey was involved at both ends in the early stages of the game, firstly calling goalkeeper Simon Moore into action just three minutes in as he headed Ben Whiteman’s corner towards goal, though the ‘keeper was equal to it.

He then came up with a crucial block to get in the way of Viktor Gyokeres’ goalbound volley from 12 yards on the end of Callum O’Hare’s cross.

Daniel Iversen twice kept out Gustavo Hamer in the next stages of the game, keeping out the midfielder’s corner which looked to be sneaking in at the near post, before later saving his effort from a 20-yard free-kick.

On 24 minutes, skipper Browne drove forward with the ball to kickstart a dangerous attack, which eventually ended with Josh Earl on the left, who cut onto his right foot, but his effort was just off target.

It looked as though the sides would go into the break goalless, however, Walker had other ideas as he fired into the roof of the net for the visitors after good work from O’Hare.

PNE came out energised at the start of the second period, with Storey, Whiteman and Riis all having early efforts, although none could find the target.

The hosts did get their goal on 61 minutes, as Bauer rose highest to get a head on Whiteman’s cross, and the ball made its way across goal and made its way into the back of the net off the inside of the right-hand post.

That got North End’s tail up and they almost turned the game on its head straight away, but Browne’s header from Riis’ centre was superbly tipped wide by the ‘keeper.

They weren’t made to wait too long for the second though as up popped top scorer Riis with a stunning strike, receiving the ball from Browne before turning and slamming past Moore to put his side ahead.

North End then did a professional job of seeing the game out from that point on, claiming a deserved three points based on the second half showing.