It’s a trip to St Andrew’s up next for Preston North End to take on Lee Bowyer’s Birmingham City in the Championship.

Over 1,000 PNE supporters are making the journey to Birmingham on Saturday afternoon and tickets remain on sale until 4.30pm on Friday.

Supporters can purchase from the ticket office and over the phone on 0344 856 1966 until that time, while online sales on mypne.com will stop at 1pm.

Fans who aren’t making the trip can listen live on iFollow PNE from the UK and Ireland, while supporters elsewhere can watch the game live. Subscribe here now.

Both Connor Wickham and Liam Lindsay will be unavailable for the trip to the Midlands after picking up injuries in Tuesday night’s Carabao Cup tie against Cheltenham Town.

Wickham picked up a muscle injury which he will see a specialist for, while Lindsay’s is not as bad as first feared, according to Frankie McAvoy.

The head coach also confirmed pre-match that this game will come too soon for Ched Evans, Matthew Olosunde and Tom Barkhuizen, while Scott Sinclair, who has had a virus, is back in training.

Birmingham City, known as Blues to their supporters, head into the weekend’s game on the back of defeats to Fulham and Peterborough United.

Before that, though, they took seven points from a possible nine, with that run beginning with a fantastic 5-0 victory away to Luton Town.

Head coach Lee Bowyer has had a largely successful time in charge of them so far since his arrival from Charlton Athletic, where he enjoyed promotion from League One.

Birmingham’s main man in front of goal so far this season has been Scott Hogan, having scored three times in the league, while the rest of their goals have been spread out between seven different scorers.

PNE have enjoyed many of their recent meetings with Blues, with four of the last five games ending in victories.

Birmingham currently sit bottom of the Championship table for possession, averaging just 40.8 per cent of the ball in their games so far this season.

North End came out on top of the last game between these two, with Scott Sinclair’s goal in the 61st minute making the difference.

Jayson Molumby, making one of his first appearances for the club after joining on loan from Brighton, picked the ball up just inside the opposition half before running to the edge of the box, feeding Sinclair to find the far corner. 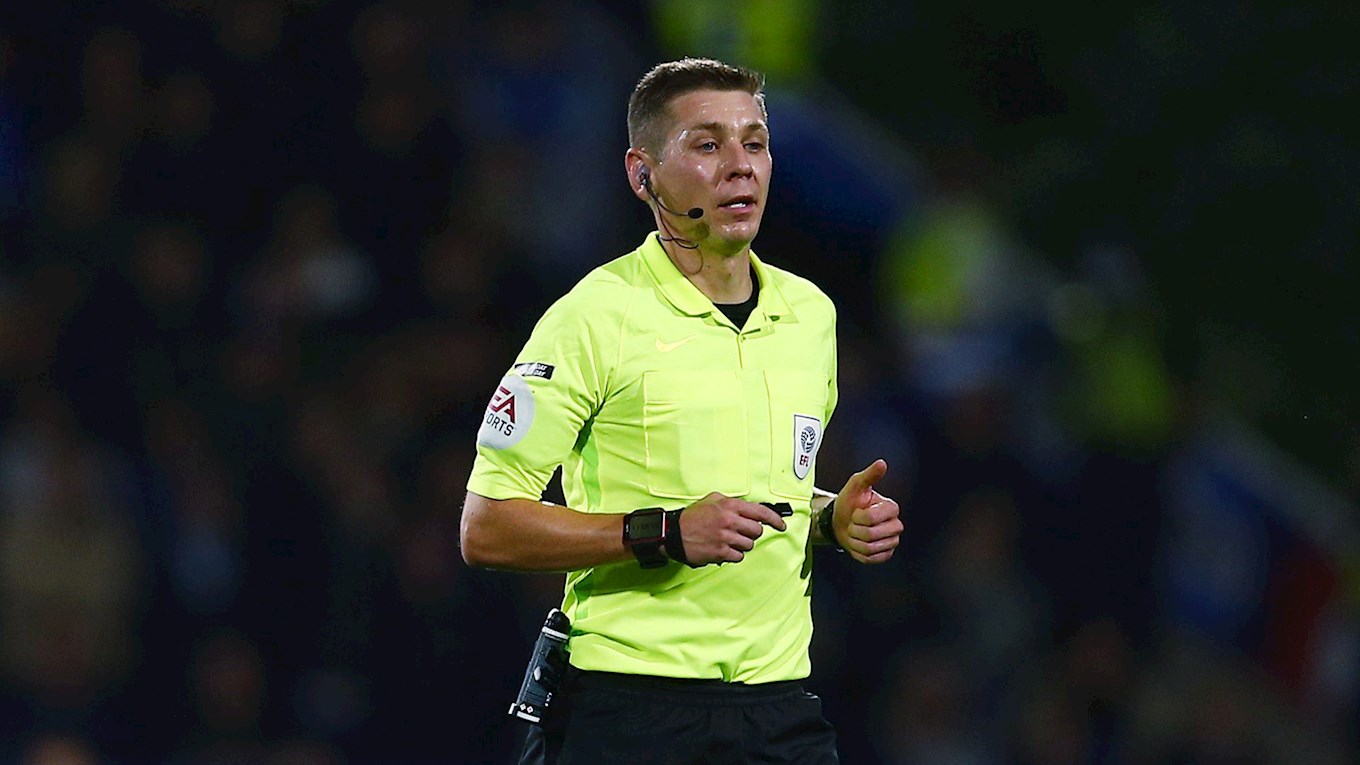 Referee for Saturday’s game will be Matthew Donohue, who has taken charge of four Championship ties so far this season.

He is relatively new to the EFL pyramid, having refereed his first game in the top four tiers in August 2018, while his maiden Championship match came a year later.

This will be his fourth time as the main official of a PNE game, with the last being the 2-0 home victory over Barnsley in the final stages of the 2020/21 season.

Preston North End had to settle for a point against Lee Bowyer's Birmingham City at St Andrew's, extending their unbeaten run to eight games with a goalless draw in the Midlands.

It was a fifth successive league game without a change for Frankie McAvoy, who would have been disappointed one of the very good first half chances didn't give his side the lead.

The first half was lively and full of chances, despite being goalless. It was the hosts who created the first real opportunity, a Troy Deeney header at the back post after Dion Sanderson’s cross from the right, the ball deflecting off the outside of the right-hand upright.

But PNE came into the game and created the best of the opportunities in the next few minutes. Firstly, Sean Maguire closed down Birmingham stopper Matija Sarkic, got in a block and the ball looped over the 'keeper, but it was an inch over the bar and fell onto the roof of the net.

Moments later, it was a brilliant save from Sarkic to deny Josh Earl after great strength from Emil Riis to hold up and feed the wing back into the box, who fired hard and low right-footed towards the bottom right corner until the Blues goalkeeper’s intervention.

It was the turn of North End’s goalkeeper Daniel Iversen to make a fine save on 11 minutes, preventing a goal with his legs to save from Tahith Chong, who had exchanged a one-two with Ivan Sunjic on the edge of the penalty area to create some space to shoot left-footed.

Maguire was a threat again, driving an effort across the face of goal after a clever ball through from Ben Whiteman, following a quick exchange of passes by the Lilywhites from front to back.

Sarkic then made a fine save to deny Riis, who ran through on goal onto an excellent ball from Sepp van den Berg, who had robbed Jeremie Bela and threaded it through to the Dane.

Earl, who went close in the first half, had the first opportunity of the second period, a deflected low shot put behind for a corner. A second followed and a huge shout went up for handball against Harlee Dean, but referee Matthew Donohue saw nothing wrong.

PNE set up camp in the Blues' penalty area in the first few minutes of the half, with a number of corners and long throw ins, and Bowyer’s men were unable to get out under the pressure. However, their defence held strong under the threats and on the counter went close themselves; Bela’s left-wing cross cleared firstly by Whiteman off the line and then the follow up from Colin was superbly saved by Iversen.

Both sides made a brace of changes, Deeney and Scott Hogan replaced by Lukas Jutkiewicz and former PNE loanee Chuks Aneke for the hosts, and Ali McCann and Josh Murphy on for Ben Whiteman and Sean Maguire for Frankie McAvoy’s reds, with 20 minutes left.

However, the closing stages became a bit of a battle, with both sides cancelling each other out for most of it, and despite their best efforts to get a winner, North End had to settle for another hard fought away point.

Tickets remain on sale for the trip to Birmingham City on Saturday 25th September.

North End were given an initial allocation of 898 standard tickets and 19 pairs of tickets for those supporters in a wheelchair. The club have now also been given a further allocation of 693 tickets, taking the total to over 1,500.

Prices for this fixture are as follows:

Please note that all U15s must be accompanied by an adult or they will be refused entry at the turnstile. An adult ticket must be purchased at the same time as the under 15.

Wheelchair users and ambulant disabled supporters pay the relevant age band with the carer ticket free of charge if required.

Coach travel is also available and is priced at £15 per person. Coaches will depart both Deepdale and Leyland at the earlier time of 10am due to the closure on the M6 that weekend which is expected to cause delays.