FA Youth Cup action returns to Deepdale on Tuesday night as Preston North End U18 host Charlton Athletic U18 in the third round. 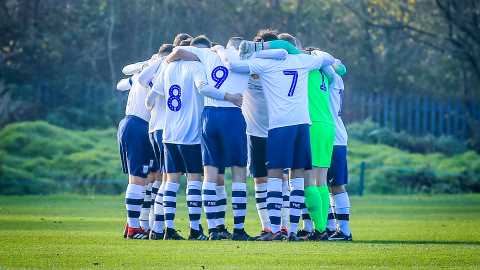 The young Lilywhites did not have the chance to play at the home of PNE last term, losing out away at Tottenham Hotspur. But in the previous campaign, North End’s youngsters recorded a best run in the competition for 60 years, reaching the quarter-final with all four of that season’s games also played in PR1.

And although it will be a different crop of scholars taking to the pitch for this contest, Academy manager Nick Harrison says his players can take inspiration from the successes of that campaign.

“It’s going to be a great stage to play on,” he said. “The game is at Deepdale and some clubs don’t do that anymore in the FA Youth Cup, they play on alternative grounds.

“It’s a really exciting game for the players to look forward to, playing in front of their friends and family. It’s certainly a game everyone’s looking forward to.

“Josh Earl’s performances in the FA Youth Cup in that little run a few years ago certainly helped him to progress and sign a professional contract. We’ve seen both last season and this, that’s certainly helped Josh in a big way.

“The players should definitely see that as an opportunity to show everybody at the club, including their family and friends, what they can do.”

The young Lilywhites have restored their good form with two wins from their last three – both coming at home – renewing optimism after a nine-match unbeaten streak was halted in October.

The visiting Addicks – managed by former Soviet Union international, Sergei Baltacha – also arrive off the back of a great run. They have won five of their last six matches, with a 3-0 defeat of Bristol City last time out and FA Youth Cup triumphs over Whitehawk and Southend United also included in that stretch of outings.

However, midfielder Adam O’Reilly says PNE must concentrate on their own qualities ahead of the game and reflecting on personal endeavours, he hopes to use the tournament experience he has gained from representing the Republic of Ireland at youth level to his advantage.

“When I was at the U17 Euros [with Ireland in May of this year], once you’d made that first pass it was all right and everything turns to excitement.

“There are a lot of different players that are scoring for us at the minute – it’s the defenders, midfielders and wingers – there’s a lot of variety so that’s good to have in the team, especially coming into a big game like this and hopefully we can carry that into the game.” 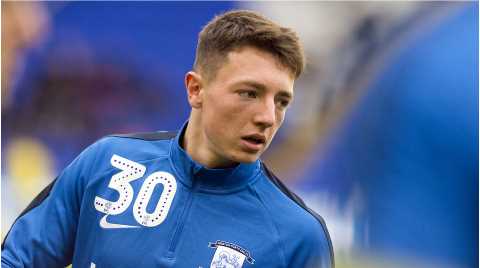 You can read the full pre-match interviews from Nick and Adam in our smaller edition of The One And Only, which will be available for free around the ground before kick-off, also coming complete with player profiles of our first and second year scholars.

Tickets for the game will be available at £4 for adults, £2 for concessions (over 65s and under 18s), and free for both under 11s and season ticket holders of Preston North End and Charlton Athletic.

Season ticket holders of both clubs can gain free entry by collecting a ticket at the turnstiles, on production of a valid 2018/19 season card/ticket.

For those unable to attend, we will have coverage on the club’s social media channels, including text commentary on our Academy Twitter account, @pnefcacademy, with additional reaction to follow overnight on PNE.Com and iFollow PNE.

The game will also be live to watch on iFollow PNE, full details can be found here.

Jimmy Corcoran was the youth team’s shootout hero as North End youngsters progressed to the FA Youth Cup Fourth Round, winning 3-1 on penalties following a 2-2 draw in 120 minutes at Deepdale.

Jack Baxter and Ethan Walker scored in a penalty-dominated contest at Deepdale, with four spot kicks awarded in total.

The former tucked home inside the opening five minutes but had a second spot kick saved on the stroke of half-time, moments after Kareem Isiaka equalised from 12 yards at the other end.

Walker took over spot kick duties ten minutes into the second half to give PNE the lead once more, Euan Williams cancelling that effort out with a strike of his own 15 minutes from time, before Corcoran saved two and Charlton saw another effort hit the crossbar for the hosts to win the shootout.

Nick Harrison made four changes to the side which defeated Morecambe ten days previously, Lincoln McFayden and Ethan Walker returning in defence and attack respectively, while Irish pair Jimmy Corcoran and Adam O’Reilly were also back in the side.

And O’Reilly had barely led his side onto the pitch as captain before his compatriot was called into action. Corcoran made two fine saves in quick succession, diverting Charlie Barker’s header behind for a corner before denying James Gody from the subsequent delivery.

However, North End looked just as dangerous in attack at the other end as Walker twisted his marker inside out drifting inside from the left to earn the first of four penalties, and Baxter’s effort nestled right inside the bottom right corner.

The hosts could have doubled their lead five minutes later with Walker again carrying the threat on the left, Louis Potts backheeling his low cross in Tyrhys Dolan’s direction, who fired against the post from close range.

Charlton’s early intensity did not diminish, though nor did Corcoran’s goalkeeping prowess; the Irishman rushing off his line to send Isiaka wide, having been sent into the box from Terell Agyemang’s pass, Richard Chin then firing the loose ball over.

The Lilywhites cooled down after a high tempo opening in the wintery Deepdale conditions, Potts almost sent through by O’Reilly midway through the half but unable to burst past the last line of defence, Baxter unleashing straight at ‘keeper Joe Osaghae shortly after.

Charlton went close ten minutes before the break when Tyrone Kirunda turned James Vennings’ free-kick just around the post, but five minutes later, they did grab an equaliser.

Isiakia was adjuged to have been fouled in the box in the 40th minute and the striker stepped up himself to level matters.

North End had a chance to immediately restore their advantage when Walker was felled in the box by Freddy Barton for a second time, but Osaghae was this time equal to Baxter’s effort as he set his sights on the same bottom right corner.

But PNE were not dispirited and came out strongly in the second half, with a succession of corners preceding a fourth penalty of the match being awarded in the home side’s favour.

It was another exquisite piece of control by Potts, met by Jolly racing through who was brought down as the referee again pointed to the spot. Walker this time took hold of the ball and dispatched confidently into the top left corner.

Walker almost created another minutes thereafter with a sensational run through the centre, although his pass wide right for Potts was overhit.

The visitors fluffed a chance to equalise before the hour as Gody dragged wide of Corcoran’s bottom corner one-on-one, and Lewis Earl threw himself in front of a Barker effort soon after.

Charlton grew back into the contest 20 minutes from the end with PNE having dominated much of the second half up to that point, McFayden making a brilliant interception to prevent Isiaka from testing Corcoran from point blank distance.

Lewis Simmons made another vital block from Kirunda’s drive while Jolly headed wide at the other end, although Charlton did equalise for a second time in the 75th minute.

Williams profited from a cross in from the right, his first touch falling kindly for him to fire in from a few yards out.

There were chances for both sides to win it in the dying moments as Walker was denied by Osaghae from a tight angle, and Simmons cleared off the line for PNE deep into stoppage time.

An extra half hour was therefore in order with Williams and substitute Richard Afrane-Kesey off target as O’Reilly forced a save from Osaghae at the other end.

Isiaka hooked over Barton’s cross and Pollard had a shot turned over for a corner from the angle, Walker also racing through late on while Tyler Williams heroicily blocked his namesake's strike at the other end, but a shootout was ultimately forced to separate the sides.

Armer, O’Reilly and Walker converted for PNE in the shootout, Baxter striking his effort wide, but Corcoran saved from Williams and Luca Albon, before Afrane-Kesey struck the bar, to ensure victory for North End.