Ten schoolboys featured as the youth team lost out 4-1 to Shrewsbury Town, the scoreline not reflecting the encouraging nature of the especially youthful side’s display.

Darren Brannigan put North End in front, Jack Leask levelling matters by half-time with the visitors winning it with three goals in eleven second half minutes.

📽 | This ever so accurate strike from Darren Brannigan, against Shrewsbury Town, was his sixth of the season for #PNEU18! 🔥#pnefc pic.twitter.com/JVyjCENtIK

A combination of eight U15 and U16s started and an additional five made up the substitutes bench, with Callum Lenton, Tyler Williams and Darren Brannigan the only scholars involved – the latter the sole man keeping his spot from the win at Carlisle United a week ago.

Other than that trio, just Aaron Bennett and Jacob Holland-Wilkinson had represented the youth team previously, as a number of the club’s scholars were rested ahead of the midweek visit of Norwich City to Deepdale in the FA Youth Cup fourth round.

That meant there were competitive debuts at this level in order for Harry Huddart, Levi Lewis, Ben Dooley, Joe Blanchard and Davids Mayamona and Edwards from the start. 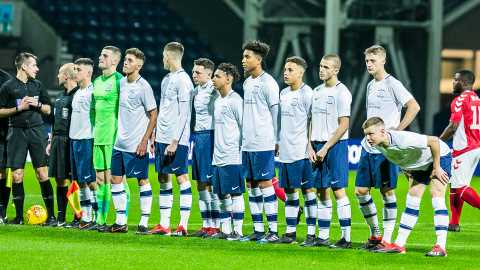 And the especially young Lilywhites made an encouraging start, with Mayamona unable to provide a killer pass having made inroads down the right, before Brannigan blazed a shot over.

Brannigan and Holland-Wilkinson looked a fine strike partnership in the early stages, the latter poking wide from his team-mate’s flick on.

They combined again soon after for the tenth minute opener, Brannigan stealing back possession just outside the box and Holland-Wilkinson playing the loose ball back into his path as he arrowed a fine strike into the bottom right corner.

Shrewsbury looked threatening in attack as well, though, and could’ve equalised two minutes later when Lenton parried Leask’s effort from the angle and Ryan Grosvenor somehow struck the rebound into the side netting.

Lifumpa Mwandwe drew another save from Lenton, before Holland-Wilkinson headed high and wide unmarked at the other end from Edwards’ corner.

Rowland had a pair of efforts from the edge of the box, Lenton comfortably gathering the first and the second drifting just wide, but Shrewsbury did draw level shortly afterwards. 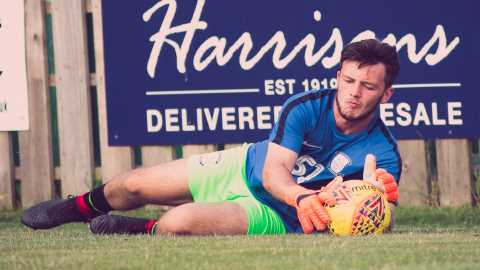 It came in the 33rd minute, Lenton off his line well to deal with an initial cutting pass into the box, but his clearance fell for Leask to finish calmly for the equaliser.

Mwandwe tested Lenton’s resolve again before the break with the second half continuing in the same end-to-end fashion, Bennett having a shot deflected wide while Leask’s effort on the stretch cleared the bar.

The five minutes after the hour mark were the most pivotal of the contest – starting from Dooley’s pass to send Brannigan one-on-one, his lob beating goalkeeper Sam Agius but not defender Dan Walker, who got back brilliantly to acrobatically clear off the line.

And no sooner had PNE nearly taken the lead, Shrewsbury did exactly that at the other end after 62 minutes. Walker played a key part again, getting to the left byline where his low cross took a slight touch on its way to Leask, who grabbed his second with a neat first time finish.

Crucially, the visitors extended their lead just three minutes later. It was a fine strike from Mwandwe, whose swerving effort hit home from just outside the box.

Blanchard denied Mwandwe another when he brilliantly got in the way of his shot with a header away, Grosvenor then nodding another chance wide.

The lively Mwandwe was tripped to earn his side a penalty, Leask stepping up, on his hattrick, but Lenton produced a fine stop diving to his right to keep him out.

But the visitors did add to their lead in the next attack, in the 74th minute, Reiss Corfield finishing off Jamaine Turner’s pass with a cute chip over Lenton.

Lewis Leigh and Ben Finley came off the bench for North End late on, the latter heading wide in stoppage time from Edwards’ free-kick, PNE’s heavily changed side dealt a heavy defeat, but Nick Harrison was delighted by his young players’ application to match Shrewsbury for much of the game.

“We had an extremely young team out, but we had players who deserved that opportunity; players who have done well for our Academy teams,” the Academy manager told PNE.Com.

“It was always going to be an open game, purely because we had that young team and that’s what young players want to do. They’re at a stage where they need to learn to play the game more realistically and really the first half score could have been 3-3.

“I was pleased, especially in the first half, that we matched the opposition and the young players came up against lads maybe two or three years older than them and they certainly competed with them.

“The game was a different challenge for them because in the games which they normally play in, they don’t tend to come up against lads that are bigger and stronger than them, so that should be a learning curve for them in terms of how to deal with different types of opponents.

“They did that really well in the first half, I think it was only a 10 to 15 minute spell where they just lost their way a little bit and Shrewsbury got a bit of momentum. Overall, we’re delighted with how they performed over the 90 minutes.”