Preston North End U18s exited the FA Youth Cup at the third round stage with a narrow 1-0 defeat to Lincoln City at Deepdale.

Freddy Draper struck seven minutes from time to see the visitors set-up a fourth round tie at home to Watford, with North End putting in a decent display but that not enough to see them through.

It was almost four weeks since the young Lilywhites last played competitively, having seen two games postponed since beating Walsall 3-0 in mid-December. 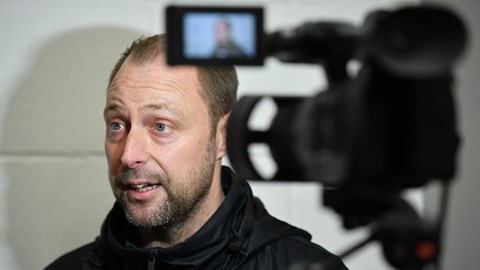 Despite the lengthy timeframe, there were just two changes from that outing, as Josh Seary and Aaron Bennett replaced Kyi Nicholson and Vaughn Green in the starting line-up.

Makama hooked the ball over Blanchard ten minutes in, moving into a threatening area of the box, but his touch was heavy and drew Lombard off his line to save.

Holland-Wilkinson began to find his groove with quick feet down the right flank, but first saw a lay-off for Lewis Leigh fall just short, and then delivered a dangerous low cross but to no avail as it was met by a clearance in the centre.

The Lilywhites gradually saw more possession as the contest grew older, but it was Lincoln’s Jovon Makama who was first to test either goalkeeper, quickly switching onto his right foot from a tight angle and forcing Oliver Lombard to turn behind for a corner.

Both sides saw penalty claims dismissed in quick succession, too, as Freddy Draper looked to win a foul from Josh Seary down the left of the area, and Bennett’s threaded pass picked out Leigh in a similar position at the other end of the pitch, but his appeals were also dismissed after having the ball smothered from him by goalkeeper Sam Long.

Bennett continued to pull the strings in midfield by controlling beautifully from Lewis Coulton’s pass out from the back, and switched the play in an equally impressive manner for Holland-Wilkinson, who won a free-kick 30 yards out, only to see Leigh curl over.

North End had a succession of corners in the first half, first going close from a set piece on the half hour mark when Coulton collected a clearance from deep, picked out Joe Rodwell-Grant on the edge of the area to lay-off for Holland-Wilkinson, who struck sweetly but was thwarted by another block.

Makama broke at the other end to forge a similar opportunity to the one he had earlier, but this time lifted over the bar.

Bennett showed his quality with two mazy dribbles late in the half – but perhaps should have pulled the trigger earlier on both occasions as he failed to get a shot away.

But he could have done nothing more on the stroke of half-time when he raced away with the ball from a Coulton clearance and into the Imps’ area, curling towards the far, bottom right corner and drawing a great save from Long, and the goalkeeper pulled off an even better save to prevent Leigh from converting the rebound.

That ensured parity at the break but North End came out strong after the break, having an early chance as Harry Huddart headed Bennett’s corner across goal for Noah Mawene – the son of North End legend Youl – who again saw a seemingly goalbound effort smothered by opposition stopper Long.

Leigh overhit a through ball for Rodwell-Grant, and the forward was similarly frustrared when adjudged offside from Josh Seary’s deep cross with the decision looking close.

The No.9 got a shot away moments later though and went close, flashing a shot just past the right-hand post from Bennett’s lay-off.

Lombard saw his palms stung twice within minutes as he failed to hold onto Nathan Odokonyero’s effort to concede a corner, but stood firm in the way of Kacper Gruszczynski’s effort from range from the resulting corner. 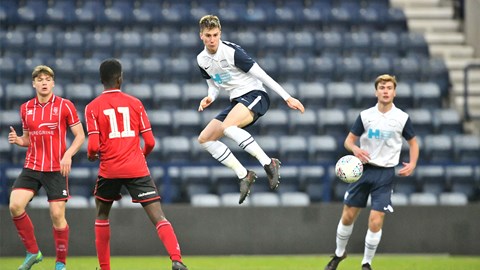 Billy Brooks played through for Ben Sault late on but the midfielder shot over from close range.

But the visitors did get the decisive goal seven minutes from time as Draper beat the defensive line to go clean through on goal and he slotted past Lombard from ten yards.

North End were almost back in it when Joe Blanchard hit the post from Bennett’s corner with four minutes remaining.

Forward Vaughn Green joined the action late on, but despite an encouraging showing, the Lilywhites couldn’t muster an equaliser as they exited the competition at the third round stage.