The young Lilywhites were without a win in three games in all competitions, but Aaron Bennett’s early strike set them on their way to rectifying that.

The visitors drew level shortly after half-time before right back Josh Seary was set up by Bennett to fire home and secure all three points for the youth side.

There were three attacking changes to the side that lined-up for the game against Doncaster Rovers ten days earlier, with Joe-Rodwell Grant, Jacob Holland-Wilkinson and Bennett coming into the starting XI in place of Kyi Nicholson, Noah Mawene and Mikey O’Neil.

Shrewsbury had the first attempt of the game with five minutes on the clock as Nigel Aris powered his way through the PNE half and sent a long-range effort over the bar.

Bennett should have done better at the other end when the ball fell to him in the box and he failed to keep his shot down.

He very quickly atoned for that miss though, when just a minute later a Seary throw in found Holland-Wilkinson, who laid it off to Lewis Leigh and his first time low cross found Bennett in space on the penalty spot; this time the effort was on target and in the back of the net to give the hosts the lead. 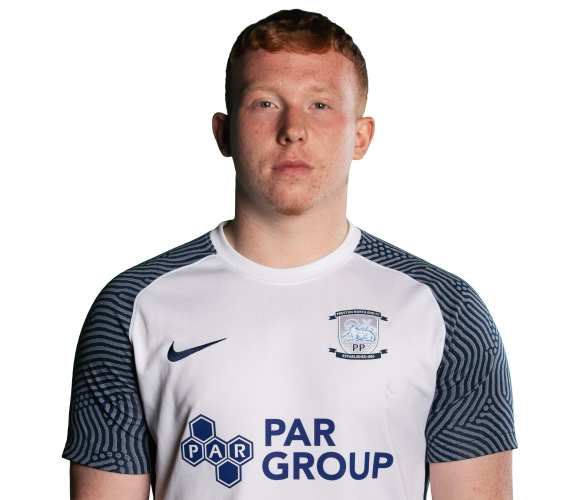 The winger then won and took a free-kick a few yards outside the box, but his effort flew over the bar.

Oliver Lombard was forced into his first save of note in the 24th minute when Tom Bloxham made in-roads down the left and struck a comfortable shot for the North End ‘keeper to collect.

A similar move to the goal nearly brought further success when Seary found Holland-Wilkinson from a throw in once more, with the latter turning his defender but shooting into the side netting.

Bennett had a glorious chance to double the lead and his tally as Lewis Leigh produced some great work, hassling the Shrewsbury defender and winning the ball back before feeding the goalscorer, who was free on the opposite side, but his low shot found only the outside of the post.

It was Shrewsbury’s turn to nearly score soon after and they might well have levelled had it not been for Joe Blanchard’s great tackle to block the forward’s shot and divert it over for a corner.

His centre back partner Harry Nevin was on hand a couple of minutes later to prevent Aris from tucking home after he had squeezed the ball past both Blanchard and Lombard.

The PNE shot stopper collected a Shrewsbury header from a corner on the stroke of half-time as his side entered the break with the lead.

They didn’t hold onto it for long though as just six minutes into the second half the Shrews hit back brilliantly, with Lewis Dubbery powering a free-kick into the top left corner.

Shortly after PNE were forced into making their first substitution due to an injury to Harry Huddart – the midfielder was replaced by Mawene in the centre of the park.

As the home side looked to bounce back from the goal, Bennett was at the heart of the action, first whipping in a free-kick to the back post, where Rodwell-Grant headed goalwards and the ‘keeper had to tip the effort over the bar.

Then the 16-year-old flicked a chipped through ball into the path of Holland-Wilkinson who was in on goal, but his shot hit the left-hand post and bounced away.

It was third time lucky within the space of six minutes though as that man Bennett played a lovely ball into the path of Seary, who fired a first-time finish into the back of the net to put PNE 2-1 up.

Further changes saw Nicholson replace Seary who picked up a knock when scoring, and Lewis Coulton returning from a long-term injury in place of Levi Lewis.

Lombard was kept busy in between the sticks and punched clear well from a corner before palming a Bloxham edge-of-the-area strike to safety to protect the lead.

At the other end, Rodwell-Grant strayed offside before converting Blanchard’s pinpoint cross.

With three minutes left, PNE went agonisingly close again as a shot inside the box was cleared off the line.

Proper battle today,good to grab the winner and get the 3 points👊🏽 https://t.co/fKAREMRvjo

That proved to be inconsequential though, with the full-time whistle coming soon after and bringing with it a big three points for North End.

Academy manager Nick Harrison was pleased with how his side played both in and out of possession to secure the win.

“I’m really happy with the way the players performed, not just with the ball but without it as well, and we looked really dominant throughout the game,” he said.

“It was a good, competitive game and I think we battled well and Shrewsbury played their part too.

“There was a lot of focus on winning the first and second balls and then when we got the ball down and played, we created a number of chances – it was a really good performance and we deservedly scored the winning goal.”

Having conceded a total of seven goals in the two games prior to Saturday’s win, Harrison was also positive about the defensive performance the youth team produced.

He added: “We nullified them well and we stopped them creating chances.

“The goal we conceded was a great free-kick from their lad but other than that there wasn’t many more chances they had, whereas once we won the ball and picked up the pieces in midfield, we created a lot and the scoreline could’ve been a lot more.

“We’d have been even more delighted if we’d kept a clean sheet which we’ve been working on for two or three weeks, but we got the result which everybody wants.”

The U18s boss was also able to provide some good news on the injury front after Lewis Coulton returned from the sidelines and Harry Huddart and Josh Seary had hobbled off.

“It’s great to get Lewis back on the pitch because he’s been out for quite a while and we’ll continue to progress that,” Harrison continued.

“Josh made a great run for the goal and he just collided with the goalkeeper so hopefully that’s nothing too serious.

“Harry felt a little soreness in the back of his leg so we brought him off before anything could get worse; hopefully after a bit of rehab both players will be back in no time.”