There was nothing to separate the two sides after the first 45 in what was an entertaining but goalless opening half.

North End were the team to eventually break the deadlock with 11 minutes of the match to go, as Bennett cut inside and riffled his shot past the Carlisle ‘keeper. 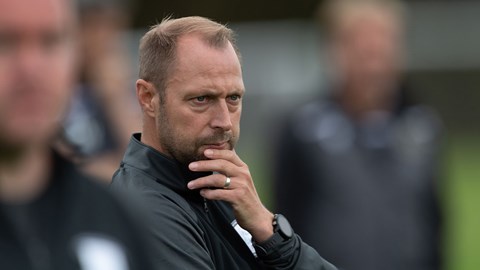 The visitors had the better of the chances in the early stages of the game, first having a header from a corner travel narrowly wide.

They then came closer when left winger Charlie Watt weaved his way into the box and forced a save from Decylan Duggan in the PNE net, who needed his centre back Joe Blanchard to finish the job and clear the ball off the line.

Watt proved to be a lively figure, but his free kick delivery was dealt with well by the North End defence with 14 minutes gone.

It was PNE’s turn to go close on 25 minutes when Rodwell-Grant’s flicked header ran through to Noah Mawene who was in on goal but could only roll his shot just wide of the left post.

That was the first chance of a hectic five minutes for the Lilywhites, which was followed by a golden opportunity for forward Vaughn Green.

Bennett swung a ball in from a free-kick on the left, which was headed down to the feet of Green just a few yards from goal, but he couldn’t sort his feet out in time and the ball was cleared.

Just a minute later, Rodwell-Grant was on hand to set up another of his team-mates, this time pulling the ball back to Harry Huddart who was free just outside the box and fired a powerful strike just past the top right corner of the goal.

As the first half drew to a close Watt again made waves down the left for Carlisle and picked out Ryan Swailes, who would’ve been in had his first touch been better and not bounced into Duggan’s gloves.

North End had another glorious chance to take the lead shortly after the break when Bennett’s shot was blocked causing the ball to fly up in the air, but Rodwell-Grant’s volley was skied high and wide.

Centre back Harry Nevin might have done better a minute later when his header at the back post was straight down the visiting ‘keeper’s throat. 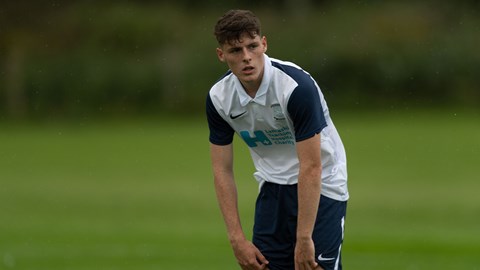 Nevin Pleased To Play His Part On Youth Team Debut

Both men in-between the sticks were kept busy and Duggan was forced to produce an excellent fingertip save to keep out a header from the Carlisle right back with half an hour left, pushing his effort onto the bar.

As the minutes ticked away changes were made by both teams, with Mikey O’Neil and Josh Seary replacing Green and Huddart for the home side.

The end-to-end nature of the contest continued with Elliot Day inches away from tucking away a Carlisle free kick with his right boot.

The decisive goal then came in the 79th minute, starting with substitute O’Neil linking up well with Lewis Leigh down the right and then switching the ball to Bennett, who controlled the ball expertly, cut inside and powered PNE into the lead.

The Welsh youth international could well have had a second five minutes from time had he not misjudged and mishit Mawene’s pull back.

North End survived a late scare in added time when a visitors' free-kick from 20 yards out went just wide, ensuring the Lilywhites picked up all three points in the opening game of the season.

Speaking after the game, Academy manager Nick Harrison was pleased with the positive performance that his side had produced.

He said: “I thought it was a really good competitive game for both teams and both played to win the game.

“It was a little open at times, maybe too open for my liking, but it was a good, even contest and thankfully we scored the goal and kept a clean sheet to win the game, so we’re delighted with that.”

Nick was particularly impressed with the way his side worked as a unit to keep a clean sheet.

“The team defended really well at times to stop Carlisle from scoring and they worked hard as a whole to earn the clean sheet, and that’s what we will encourage more of.

“Declyn in goal has made some important saves and the centre backs played well and played their part.”

Speaking on the attacking performance, he said: “I’m pleased that we created the chances that we did. The hardest bit of the game is to score goals so we’re not going to score every chance, not in every game anyway.

“We’ll continue to challenge the players and work with them to be a little more clinical at times.”