Preston North End U18s will look to earn a place in the quarter-finals of the FA Youth Cup on Monday night, when they face Luton Town away from home.

The young Lilywhites are set to take on the Hatters in the fifth round of the competition at the home of their first team, Kenilworth Road, with kick-off at 7pm.

Supporters are able to attend the fixture, but tickets must be purchased prior to 3pm on Monday 6th February, either over the phone on 01582 416976 or online by clicking here.

Parking will be available on a first come, first served basis in Hazelbury Crescent Car Park. Each space is priced at £2 and can be purchased when buying your ticket.

If you can't make it to Luton, you can follow all the action across the club's social media channels, with live updates on Twitter via @pnefcacademy.

There will also be a live stream available through Luton Town's iFollow Hatters platform, with match passes available for £2.50. You can sign up to watch the game by clicking here.

The reward for victory at Kenilworth Road will be a quarter-final tie at home to either Southampton or Fulham, with those two sides going head to head on Tuesday night.

North End progressed to this stage of the competition thanks to an emphatic 6-1 victory over Rotherham United in the third round, before a late Kian Best winner on the road against Gillingham set up a tie against Luton Town.

For the Hatters, they enjoyed a thumping win of their own in the third round, coming out 6-0 winners against Birmingham City, while it was a 3-1 win over Queens Park Rangers which saw them through to Monday night’s clash. 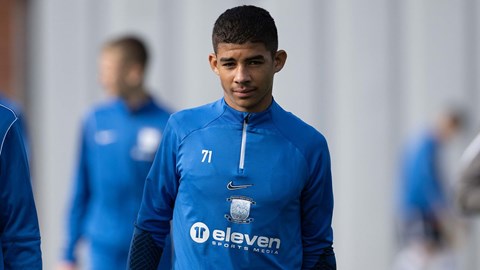 Luton Town are having a quite remarkable league campaign so far, currently sitting top of the Youth Alliance South East Conference, 15 points ahead of second-placed Gillingham, who North End beat in the previous round.

Goals haven’t been hard to come by, either, having netted 63 in their 14 league matches, losing just one game in that run.

As far as PNE are concerned, they’ll be looking to improve on recent form, having not registered a victory in the league since the turn of the year, but they’ll head to Kenilworth Road confident they can come out on top.

They did just that in May 2022 in the Youth Alliance Cup final, earning a 4-1 victory to lift the trophy in Bedfordshire, but it will be a different challenge this time around.

A stunning strike from Kian Best, following goals from Felipe Rodriguez-Gentile and Finlay Cross-Adair, earned Preston North End a 3-2 victory over Luton Town and a place in the quarter-finals of the FA Youth Cup.

The hosts took the lead 17 minutes in through Oli Lynch, before Rodriguez-Gentile scored his seventh goal of the competition to draw his side level.

Cross-Adair then gave PNE the lead, prior to a quickfire equaliser from Matthews-Lewis at the end of the first half, and Best then put North End back ahead with a fantastic goal just after the hour mark to seal a home tie against either Southampton or Fulham in the next stage.

The Hatters were the side creating the early opportunities and they would have had a tap-in at the far post were it not for a brilliant touch from goalkeeper Tommy Davis, to get to a cross from the left.

He saved Jayden Luker’s 20-yard effort on 15 minutes, but he couldn’t quite do enough a couple of minutes later when Jacob Vickers’ shot across goal went under his body and fell to Lynch, who flicked home from just a few yards.

North End were level at the other end in the 26th minute, when Kitt Nelson’s effort sliced into the air and wasn’t properly dealt with by goalkeeper Sam Bentley, and there was the in-form Rodriguez-Gentile to head home.

The Brazilian nearly had his second of the night soon after, but his header on the end of Kian Best’s free-kick fell just the wrong side of the post.

North End soon had the woodwork to thank for keeping Matthews-Lewis’ effort out from 12 yards, with the ball then bouncing back out off of Davis.

As half-time approached, PNE went ahead through Cross-Adair, who was lurking to finish off from close range after Rodriguez-Gentile had seen a header cleared off the line.

The young Lilywhites weren’t to have a lead at the break, though, with Matthews-Lewis heading home in the second minute of first-half stoppage-time.

PNE were back ahead just after the hour mark and what a goal it was, too. A corner was taken short and then laid onto the edge of the box, and Best shifted round onto his left foot to strike a superb effort right into the top corner – a common theme over the past few weeks.

North End had a scare on 78 minutes when Archie Heron sent a dangerous cross right across the face of goal, but there was no one close enough to tap home.

PNE managed the game well from that point to seal their place in the quarter-finals of the competition, where they will host either Southampton or Fulham at Deepdale, with those two set to play on Tuesday evening.