After his first league win as PNE manager on Saturday, Alex Neil is determined to get his first cup win as PNE boss.

The team were victorious against Sheffield Wednesday on the opening day with a 1-0 win and Tuesday's game against Accrington Stanley is just as important to the manager, who spoke to iFollow PNE about the Carabao Cup first round clash.

“It’s going to be important that we try and win all of the games – that’s the way we’re going to go about every match. This one is just as important as any so it’ll be a good test for us.

“We will treat the game as we’d treat any other game. We’ll put a team together that we think is capable of winning the match and we’ll go there and try and win the game. Whether that’s the same starting 11 form Saturday or whether it’s slightly different to that, that will remain to be seen.

“Even in the pre-season matches we went there to win and we managed to do that. We don’t take any game lightly we want to make sure we go there and apply ourselves properly and the lads have been great at that so far so I don’t anticipate this one being any different.”

The staff have completed their preparations for the contest and Alex Neil expects to see a different Stanley side to the one that beat Colchester United as the season got underway.

Accrington ran out 3-1 winners at the Wham Stadium and Neil is excited for the clash with both teams winning at the weekend. 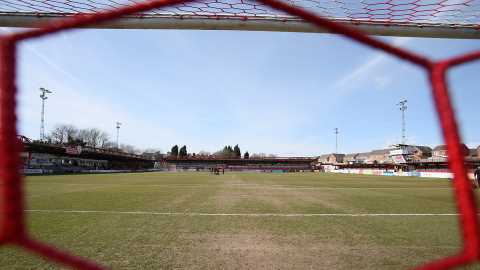 “We looked at the footage this morning regarding them and I don’t anticipate that the team is going to be similar to the team that is going to turn out tomorrow. We’ll probably have a few changes in there, certainly from the team that played there the last time, we were still finding our feet in pre-season.

“It’ll be a good game - they won their first match, we’ve managed to win our first match - so we’ve got both teams going into it confident and looking forward to the game.

New signing Stephy Mavididi will be available to make his first start for the club but fellow new signing Josh Harrop remains side-lined with Alex Neil planning on using the best squad for the game.

“I’m glad Stephy will be fine, we’ve got good options in good areas. The only frustrating thing is that we’ve still a couple of players who are not fully up to speed and that I can’t get them some game time.

"Josh Harrop being one. It is what it is, we’ll put out the best squad for the game and we’ll go about our business.”

Watch the full interview with Alex Neil on iFollow now by clicking on the video above.