The Sky Bet Championship season gets underway at Deepdale on Saturday for Preston North End and Sheffield Wednesday in the 3pm kick-off.

Former goalkeeper at both clubs, Chris Kirkland, is looking forward to the clash and believes it will be quite some match to get the 2017/18 season underway.

“The season has come round quickly, but that happens every year, especially as a player, when after the first couple of weeks you realise you are only three weeks away from the first game of the season,” ‘Kirky’ told PNE.Com.

“They will all be ready for it. Sheffield Wednesday missed out again last year, so they will be looking to try and get automatic promotion. They have bought well in the summer, but are still looking for bits and pieces.

“They are a huge club, as illustrated by the fan base they are bringing on Saturday and it will be a huge test for Preston.

“Wednesday have managed to keep most of their big name players and added to it over the summer. They need to keep their big players fit, but everybody has to do that, but they should be top six most of the season and they will be disappointed if they are not.

“For Preston, they’ll be looking to get off to a good start. Alex Neil has his own ideas and has done well at this level and they will be looking to hit the ground running against what is a big test.”

The away end is sold out and with an increased number of season ticket holders and matchday sales already brisk, a big crowd is anticipated in PR1 and the former England custodian thinks they will all be entertained.

“They always sell out and it should make for a great atmosphere,” he continued. “The Preston fans will be out in force as well and it should be a big crowd at Deepdale, which will make for an entertaining game. 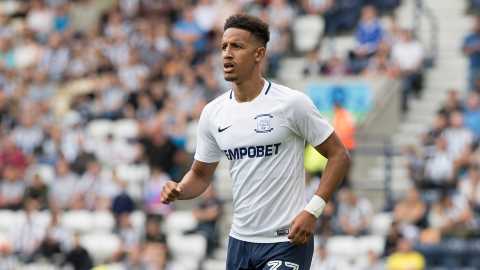 “Alex’s style is very forward thinking and Wednesday have a lot of good forward players as well, so it should be quite an open game.”

There is a very experienced Owls dressing room compared to the more youthful one at Deepdale, but the former ’keeper thinks  that it will be a tight affair: “I was fortunate to play for both teams and both dressing rooms are fantastic.

“Preston have the likes of Tom Clarke and Paul Huntington in there who are fantastic lads to have in the dressing room.

“They are two of the best dressing rooms I have been in and it doesn’t matter what age you are, if you have games under your belt the better and Simon was good at playing young players when he was at Preston, so there are a lot of players there now with a lot of games under their belt.

“Sheffield Wednesday probably have the more experienced squad, but it will be an even contest and I wouldn’t like to call the result of it – it will be a great game whoever comes out on top.”

Both teams will start the season with the same ambition, of making it to the Premier League, but Chris says that this will be the same vision up and down the division as the 119th EFL campaign gets underway.

“With the money in the Premier League it is the only place to be now; the riches it brings, it can set up a club for many, many years.

“The gulf in money between the Championship and the Premier League is astounding and to get to that level is very hard.

“There will be a lot of teams who think they have a chance of going up, but they need a lot of luck and ideally you need a good start and to be consistent,” he added.

You can be at the game, with tickets now on general sale from the Deepdale ticket office – open until 6pm every night this week – over the phone between 9am and 6pm every day on 0344 856 1966 and online 24/7 at www.mypne.com, where you can buy right up until 12 noon on the day of the game and collect from the ground.