Sean Maguire was in fine form for Cork City prior to his move to Deepdale, and the striker is pleased to have been involved in the action from the off.

The 23-year-old made his first start for North End on the opening day of the season in front of a crowd of over 18,000 and was grateful to the gaffer for showing faith in him to be involved straight away.

Speaking to iFollow ahead of this weekend's game against Reading, Maguire said: "Personally it's been a big year for me, scoring a lot of goals for Cork and then getting the move to Preston, it's come very quickly and the gaffer had faith in me to put me in for the first game and it was great to make my debut in front of a massive crowd at Deepdale and to come away with three points was a dream debut.

"I think I've really kicked on from then, I've played my part against Derby and Accrington now but hopefully I can just kick on and get my first goal for the club hopefully sooner rather than later and take it from there.

"Coming on against Burnley and starting against Fleetwood I could get familiar with my teammates and how they play and what their strengths are and he threw me in against Sheffield Wednesday and it was great to come away with three points. 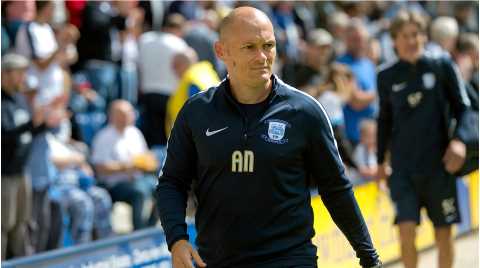 Neil Looking To Freshen Things Up

"I think if any fan had asked and we told them we would have four points from the first three games of the season they probably would have taken it so it's been a decent start.

The forward hasn't started the last two league games but has still managed to make an impact, and is looking forward to the prospect of playing alongside fellow striker Jordan Hugill more as he pushes for his second North End start.

"I was quite happy with the way I played when I came on against Derby, I thought I made a bit of an impact coming on, I think I play very well with Jordan with that big guy, small guy combination.

"I think we work well when we do get given the opportunities so hopefully we can get more of those opportunites playing together. We have two big games coming up now, Reading were in the Play-Off final last season so they are obviously looking to go one further and they've had a decent start.

"You don't want to look too far on past the game that's in front of you but we have Middlesbrough after the international break so it's two massive games for us but games we will relish.

It has been a big year for Maguire, but the last few weeks in particular have seen the young forward not only make his Championship debut, but also received his first call up to the Republic of Ireland squad.

On the call-up, Maguire continued:

"It's something I'm really proud of, when you are growing up as a young lad in Ireland your dream is to play for your country so it's great to make a step closer to that goal and it's something to be proud of for myself and my family.

Hear more from Sean now on iFollow by clicking on the video above.