Having been the fourth official on Tuesday night at Derby, Andy Madley takes charge of his first Preston North End game of the season this weekend.

He will be a very familiar figure with the whistle to North End fans, having been in charge of some of our more high profile fixtures down the years. 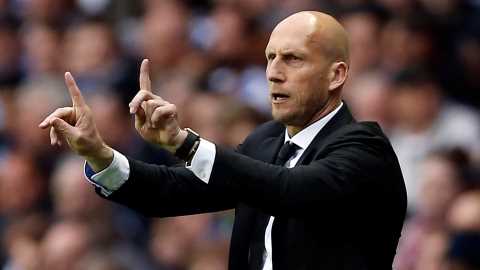 Last season he was the most seen match official by the Lilywhites, taking charge of five games, but it past best remembered as the man who took charge of our Play-Off Final in 2015 when we overcame Swindon Town 4-0 at Wembley.

In 2014/15, he took charge of three North End games, including the win under the arch, having been the man with the whistle in the first league win of the season, the 4-0 triumph at Scunthorpe United back in August of 2014 and then the live game against Fleetwood Town at Highbury in March 2015, which ended 1-1.

And if you think the name rings a bell, it should. Mr Madley was also in charge of our now memorable Cup win over Blackpool in 2013/14 and then also took charge at Port Vale when North End won 2-0 with ten men.

Last season he oversaw our first league win of the campaign at Queens Park Rangers, the defeat in the League Cup at St James’ Park, the draw at Aston Villa in January, the thumping 5-0 home win over Bristol City and the end of season loss at eventual champions Newcastle United; whilst the previous year he also took charge of the 1-0 win over MK Dons at stadium:mk our first win back in the second tier.

The assistants on the game are James Wilson and Robert Merchant and the fourth official is Richard Clark.