Speaking to the Royals’ official website ahead of his team’s trip to Deepdale this weekend, Reading manager Jaap Stam says his team are determined to return to Berkshire with all three points.

The visitors to PR1 come into the match unbeaten in their last three matches in all competitions, picking up their first Championship victory of the season when they defeated big-spending Aston Villa on Tuesday night.

Speaking to readingfc.co.uk the Dutchman said his side would not be taking anything from their result on the Lilywhites’ patch in March.

“We don't look at that result because of last season, 'we lost there so now we need to win', we know and everybody knows that every game, especially away games, are very, very tough,” he said.

“It'll be very hard to beat them, they know how we play. They did last season and they did it very well.

“They're very aggressive going forward, we need to know that they're probably going to be doing that as well. We need to be prepared for that, but we will work very hard for ourselves to get a result.”

And the former Manchester United centre half says his team will do whatever is needed to come out on top: “We want to do that in a certain way of playing, if we can't do that in the way we want to play then we'll do it in a different way.

“That's what we're looking for, and we are warned by what happened last season,” he added. 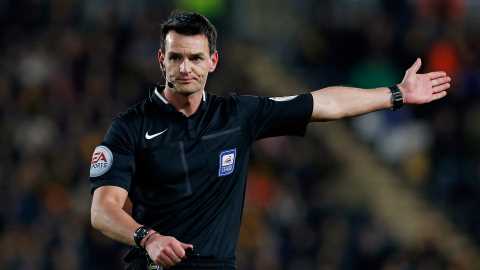 Whilst of his lieutenants, Joey Van Den Berg, was also hoping for an improvement on the 3-0 defeat suffered earlier this year, when Daryl Horgan scored his first PNE goal and Tom Barkhuizen grabbed a brace on his full home debut.

“That was last season, we can't be looking back to last season any more,” said the midfielder. “It's a new season, it's a difficult game of course, but we go there with confidence.

“We're not that hard a squad to fit in with, we try to make new players as comfortable as possible to fit in the team.

“That's what you need, I think. With our togetherness, we have to be strong in it and keep everybody together.”