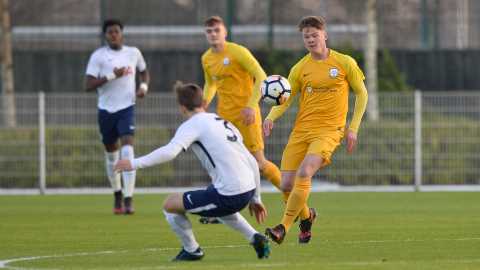 The centre half returned from a dislocated shoulder just in time to make the team, partnering Tom Stead at the heart of the young PNE backline and after the game he admitted that it was the sharpness in the box of their hosts that was difference between the two sides.

“They are a very good side,” said the 17-year-old. “We tried out hardest, but they were clinical in front of goal and it wasn’t our day.

“I thought we started well and we were in the game, but then they got the goal, which made it harder and the second was a killer for us.

“We tried to regroup at half-time, and we started well again in the second half. It Jack’s [Baxter] shot goes in it could have turned the game, but it didn’t happen.

“We kept fighting until the end, but we couldn’t get a foot back in the game.”

The team return to EFL Youth Alliance action this weekend, with their final league match of the calendar year, when they take on Lancashire rivals Fleetwood Town and he admits that it is important they react well to the cup loss.

“It is a dedicated group, on and off the pitch, we expect a good work rate from each other in every game, but from a result point of view it didn’t happen for us today and we have to take that on the chin,” he continued.

“It was a good learning experience for us. For me, I have been out for the last four months, so it was great to get back and play in such a big game. You know you are playing against the best in the country, so it was a good test, but it is also a learning curve. 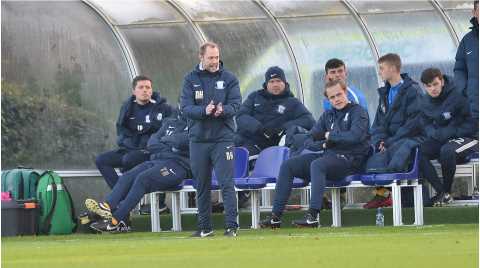 “It is now a case of getting back to the training ground, working hard and seeing where that can take us.

“We have to put this behind us, we have a game against Fleetwood at the weekend and we are still in two more cup competitions, so we have to try and win as many as we can.”

You can watch the full video with Charlie, plus the thoughts of Academy boss Nick Harrison on iFollow now.