It seems a common theme in the Championship currently, with PNE certainly knowing the feeling, but Nigel Clough could have a depleted squad to chose from on Saturday with a mixture of illness and injury hitting his Burton Albion squad.

And whilst it has been in the defensive positions that North End have been struggling with, it is at the top end of the pitch that the former England international forward has his fingers crossed.

Speaking to his official website, burtonalbionfc.co.uk, the Brewers’ manager said: “We have a few doubts. Lloyd Dyer’s not trained yet this week. Sean Scannell hasn’t trained. Matty Lund has an illness and has been off all week with one of these bugs.

“Jamie Allen has had a family bereavement - so we are not sure if any of them will make it. Joe Mason has also been taken ill and ended up in hospital and so is a major doubt for Saturday.

“We were also surprised that John Brayford got through the 90 minutes at Derby after coming back from injury  – through sheer bloody-mindedness and will power. He’s been out five weeks and got through the game after one training session and he played very well which was brilliant for us. We are hoping he will be okay for Saturday, but it will be a couple of weeks before he is up to speed.

Neil: "They Will Make It Tough"

“It seems to be mostly in the forward areas at the moment we are picking up injuries. But that gives other people opportunities and it’s been a big bonus having Will Miller fit again as he has been like a breath of fresh air.

“He played well on Saturday and did well to get through the game in only his second start. He perks everyone up in training and on matchdays he is lively and does his job.”

Meanwhile, the Albion gaffer is also looking for his whole squad to play their part, stating that the substitutes must influence the games when they come on from the bench.

“When you have a choice from seven subs when you make changes you want them to have an impact on the game. In the last two games the opposition have done it.

“We have to be certain that players are mentally and physically right to come on and have an impact on the game. We thought on Saturday that the bench we put out there were better in that department than the ones we left out. 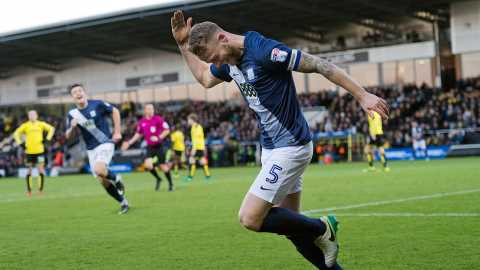 “Even if you don’t get on the pitch you can have an influence, but ultimately be ready and if you do get on then affect the game - and our subs haven’t done that enough this season.

“In modern day football no-one plays every game so you have to deal with the disappointment of being left out.”