Manager Alex Neil has difficult choices to make, from a positive perspective, for the first time in a number of weeks, as the injury problems begin to ease.

Greg Cunningham came through his first 80 minutes of action in Friday night’s win at Cardiff City and the gaffer must decide if the Irish international can cope with two games in three days when Middlesbrough arrive at Deepdale for the opening game of 2018.

Calum Woods, who replaced Cunningham from the bench, and Kevin O’Connor are both available if the boss decides not to risk Cunningham again, whilst Woods could also operate on the right hand side, if again skipper Tom Clarke is not asked to play two games in quick succession.

Paul Huntington, Ben Davies, Ben Pearson, Jordan Hugill, Chris Maxwell and Tom Barkhuizen have all played every minute of the three festive fixtures played so far, so the manager could look to freshen up the side, with the likes of John Welsh, Josh Harrop, Daniel Johnson and Callum Robinson all available to come into the team, if selected. 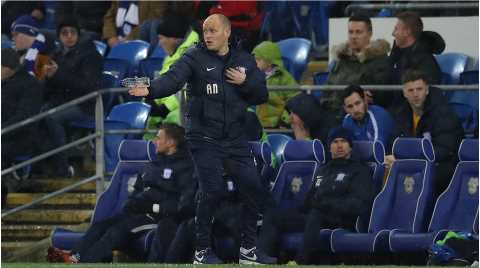 Those likely to be unavailable are Darnell Fisher and long term casualties, Tommy Spurr (knee), Josh Earl (knee) and Sean Maguire (hamstring), whilst, Louis Moult’s paperwork will have been submitted, he will not be eligible to make his debut after completing his transfer from Motherwell.