Manager Alex Neil has no new injury concerns ahead of the Blades’ visit to Deepdale this weekend.

Calum Woods, who has missed the last couple of games, is close to a return to the squad after a hamstring strain, which would leave only the long term casualties sidelined.

John Welsh should also be available, having missed the win at Burton last weekend, and with Marnick Vermijl and Stephy Mavididi both having been free for selection for that game, it means the manager has a number of option available to him.

Sean Maguire and Greg Cunningham (hamstring), Tommy Spurr and Jos Earl (knee) are all still out. Cunningham is outside running after his operation, but it still some time off being match fit to return to the squad. 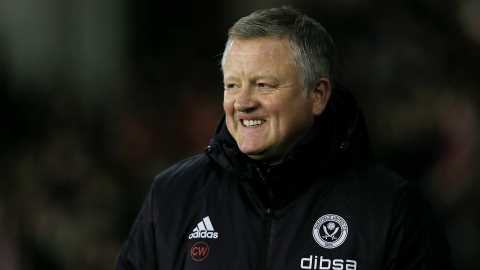 The biggest selection headache the manager will face this weekend will be a more positive one, with his substitutes again having had an impact last weekend, with Daryl Horgan and Josh Harrop, both helping the team to another win, with Daniel Johnson also available, if the gaffer chooses to freshen things up.