We play our last league game of 2017 in the Welsh capital as we make our fifth visit to the Cardiff City Stadium since it opened in 2009, with one win, one draw and two defeats to date.

The stadium is of course across the road from Ninian Park and so both home and away fans have not had to alter their travel arrangements, unlike so many other new grounds.

Prior to 2009, we made 39 visits to Ninian Park and all told we have returned to Deepdale with points on 23 occasions, from 11 wins and 12 draws.

Goals have been less plentiful in this fixture than the return matches at Deepdale, with an aggregate of 124 compared to 156 in Lancashire. We have both won (1954) and lost (1972) by 5-2; after the 1954 match, we met again a week later at Deepdale and won 7-1. A good start to the season for one club and a disastrous one for the other!

Peter Sayer and Kurt Nogan are just two players to have appeared for both clubs but they also share Cardiff as their birthplace, in 1955 and 1970 respectively.

Peter moved north from Brighton in 1980, having started his career at Ninian Park. He played for North End for four years before joining Chester and after retiring he was landlord of the Blue Bell pub in Church Street for many years.

Kurt Nogan made the journey west from Burnley in 1997 with a reputation as a goalscorer and he hit the net 31 times in 116 games before joining his hometown club in 2000.

Other players with both clubs include Andy Saville, Mick Martin, Tony Philliskirk and of course Eoin Doyle. 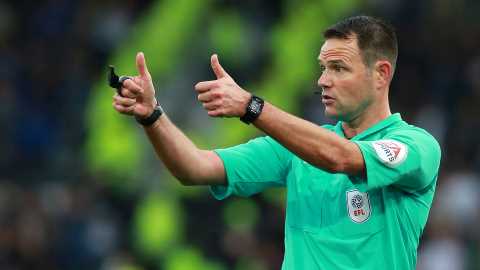 Patrick Agyemang made the last of his 135 appearances in a North End shirt on this date in 2007.

Signed from Gillingham three years previously, Paddy has the rare distinction of playing over 100 games for the club, but the majority coming from the bench. He started 61 games, but came on from the bench 74 times in all and he scored 21 goals before joining Queens Park Rangers.

We made only our second ever appearance in the FA Cup on this date in 1883. Having overcome one Bolton side in Great Lever the previous month, we faced Eagley at Deepdale and showed we were adapting to football rather than rugby as our winter game by coming out 9-1 victors.

This was the first of three occasions when Fred Dewhurst scored four goals in the FA Cup for us, in addition to his hat-trick in the record win over Hyde four years later.