New Preston North End manager Alex Neil sat down with iFollow before meeting the media for the first time to talk through his hopes and aspirations of his future at Deepdale. 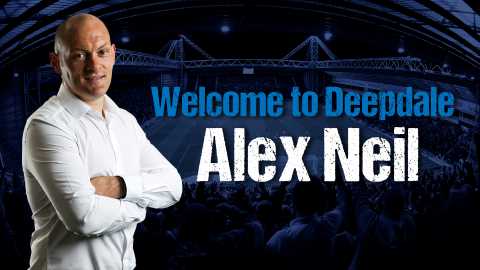 And the 36-year-old feels that a united club will give it the best chance of making progress.

“We want to see the next generation of fans coming into the club and it is going to be really important that the players, the club and the supporters all become united as one and really back the lads on the pitch and try and get the best from them.

“No team ever gets success if the fans aren’t supporting them.

“The fans are the lifeblood of the club and we will be looking for their backing and hopefully we can replicate that by putting on good displays on the pitch.”

Speaking to the club’s online video service the Scot explained that he had heard the same thing from most people since his appointment. 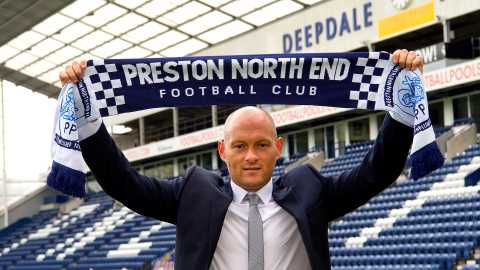 “I have spoken to a lot of people over the past couple of days and they keep saying the same phrase to me ‘Preston North End is a really good fit for you’ and what they mean by that is that the club is renowned for young, hungry players, who are enthusiastic, want to get stuck in, discipline, togetherness and I will be looking to form a very good relationship with the lads, making sure they are doing everything they can, are not stepping out of line and everybody is in it together.

“We don’t have any prima donnas and everyone has to be working together, fighting for the cause and that is going to be vital going forward.

“Knowing how you are going to go about winning football matches is important, but fans and the media don’t care about that, they want the end product and all the hard work you do behind the scenes is decided by that 90-minutes on a Saturday. I know how I will go about it, but the fans will see that on a Saturday. Hopefully we will be easy on the eye and pleasing to watch.

“The one thing you always know if you are playing against Preston North End I that it is going to be a tough game and I found that in the game at Carrow Road last season. My challenge now is to try and emulate that success of winning games so that we can try to continue to climb up the league. We will look to strengthen the squad, get the younger players becoming better and better and if we can combine that it makes for an exciting season.”

You can watch the full ten minute chat with the new manager by clicking on the video at the top of the page. iFollow subscribers will also be able to watch Alex Neil’s first game in charge of Preston North End live from Bamber Bridge’s Sir Tom Finney Stadium on Friday evening. Jonathan Breeze and former PNE skipper Ian Bryson will be on air from 6.45pm.