Alan Browne is hoping to repay the faith shown in him by the club after signing a new deal at PNE.

The Irishman put pen to paper on a new .. contract at Deepdale, which has become somewhat of a regular occurance due to his continued progress since joining the club in January 2014. 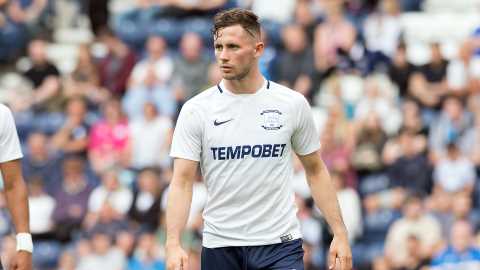 On the new deal, Browne said: "I think every year since I've been here we've agreed a new contract and it's great for me to know that the club is putting that confidence in me and hopefully I can return that to the club.

"I was concentrated anyway, regardless of the contract, when the new manager came in I think everybody really wanted to up their game and that's what I've looked to do so far this pre-season.

"Obviously it is good to get the contract signed and out of the way now and hopefully I can kick on even more."

The midfielder is excited for a new chapter at the club under manager Alex Neil, and feels the new boss will be able to help him develop even further.

"I have come a long way since I joined, there have been a lot of ups and downs and it's just been great for me overall to progress like I have and now to continue to do so under the new manager
is something exciting for me.

"The time under Simon Grayson was brilliant, I learnt a lot from him on and off the pitch and he was great with me but the new manager has come in now and maybe he can work on different aspects of my game and progress me even further and coach me that bit more and it's something I'm really looking forward to.

On the new gaffer, the 22-year-old continued: "He seems to know a lot about the game, he knows exactly what he wants from his players and he gets his messages across the board well and I think the lads are taking to him well at the moment and hopefully we continue to do so.

Hear more from Alan Browne on his new deal, the arrival of familiar faces Sean Maguire and Kevin O'Connor and more on iFollow by clicking on the video above.