Preston North end step up their pre-season programme with two clashes against League Two sides in the space of 24 hours, starting with Morecambe on Tuesday evening. 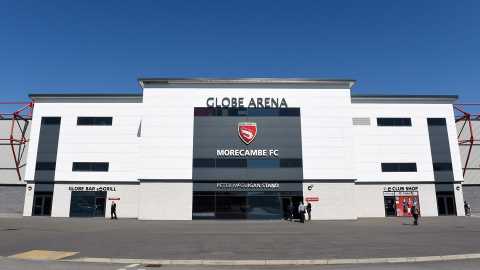 Alex Neil's men make the short trip north to face Jim Bentley's side in a 7.30pm kick-off at the Globe Arena, looking to build up their fitness against EFL opposition for the first time.

The manager said after Saturday's victory over Stockport County that he would be liekly to give players at least an hour of match time in one of the games, with the team also heading to Accrington Stanley on Wednesday night.

Josh Harrop, Calum Woods and John Welsh are the outfield players still to feature yet this pre-season, other than long term casualty, skipper Tom Clarke; with Declan Rudd also likely to still be out with the injury collected in the opening minutes at Bamber Bridge.

Tom Barkhuizen will make a return to the Globe Arena for the first time since his winter move to Deepdale and he and Callum Robinson will be looking to continue their record of having scored in both of the pre-season fixtures played so far.

The game sees fans able to pay cash on the turnstiles or buy on the night with card at the Morecambe ticket office. Tickets for both the standing area, behind the goal, or the main stand seating area are priced the same.

If you can't get to the game, we will once again be doing a live stream of the fixture on iFollow. You can watch all the pre-season games via the premium package, if watching on a laptop or desktop computer. Guy Clarke will be joined by Paul McKenna for the ful stream from 6.45pm.