North End’s two new Irish recruits finally completed their much-anticipated moves from Cork City to Preston North End on Monday and could make their debuts in the Lancashire derby with Burnley at Deepdale on Tuesday night. 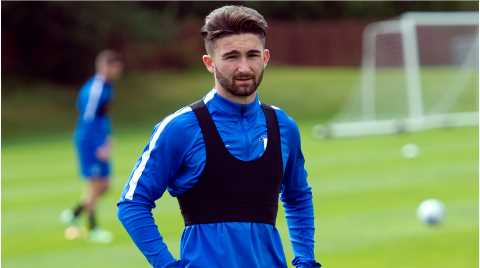 Sean Maguire has been in outstanding form for Cork City as they became runaway leaders of the Airtricity League, but he is now looking forward to a new start and potentially a derby day introduction into life at PR1.

“The last couple of weeks have been a bit emotional for Kevin and myself, playing our last few games for Cork, but now it is a new chapter and I am really looking forward to it,” said the new PNE No.24.

“It was great getting in with the lads a couple of weeks ago to get a feel of the group and to meet the new gaffer and I really can’t wait to get going now. We were in on Monday, saw the boys again and now I just want to hit the ground running and put on that Preston North End jersey.

“It is brilliant there is a game straight away. We have been in training with the boys, getting a feel for them and now the game against Burnley is hopefully an opportunity to play a couple of minutes; we will see what the gaffer has to say. Hopefully it is an opportunity to get onto that pitch and I honestly cannot wait and it is something I am relishing.”

And for both sides at Deepdale on Tuesday, there will be plenty of Irish connections: “It is going to be a good one,” continued the 23-year-old. “They have a good Irish contingent with the likes of Brady, Hendrick and Jon Walters coming in as well and there are six or seven of us and that makes us settle quickly.

“I can’t speak highly enough of the boys, they have been great for us, welcoming us a couple of weeks ago, not only the Irish boys, but the other boys as well; it is a really tight group and I believe that is why we are going to do so well this year.

“The relationship on the pitch just needs to be as good as it is off it and it is something I am really looking forward to.”

And Sean couldn’t arrive in any better form, something he now hopes he can translate to his time with the Lilywhites.

“I hope I can hit the ground running. I feel that anything I have touched has been going in and I will look to recreate that with Preston North End. I will look for an opportunity soon enough and go and show the new gaffer what I can do and that is to bring goals to the team.

“There are a lot of other attributes I bring as well, my work rate – I work 100 per cent for my team – and hopefully we can click and move forward,” he added.

You can watch what is potentially Sean and Kevin’s first run out for the club with our live stream of the game, available through iFollow Premium on desktop and laptop, on air from 7.30pm.