The two summer signings from Cork City, Sean Maguire and Kevin O’Connor, have a busy fortnight ahead of them. 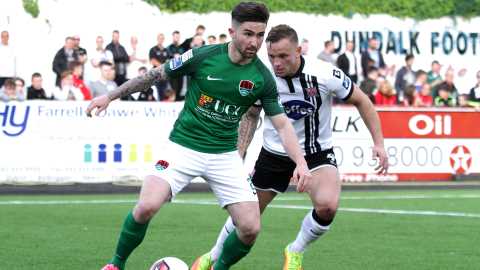 They face a Europa League second round qualifying double header and the final game of Cork’s first half of their season, before they head across to join the Lilywhites full time from 24th July.

The two joined North End at Fota Island on Monday for a light warm-up and to meet their new manager and team-mates and are now looking forward to getting started.

“Kevin and I join the club officially on 24th July, but it is nice being just around the corner to get down, meet all the boys,” said Sean after spending the morning with the North End squad at their Cork training base.

“We know six or seven of the boys from playing with them or against them, but it is great to meet the players we haven’t already met and meeting the manager is also very helpful.

“We just did the warm up and the drills today, but it was great to get a feel for our new team-mates and the new manager and learn what his ideas are about.

“It is something I am really looking forward to. I can’t wait. I still have a job to do with Cork City, but as it draws closer, it is really exciting.” 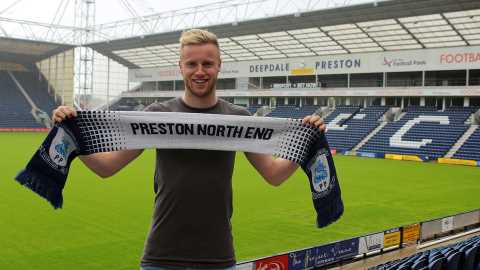 Maguire has been in stunning form this season with 19 league goals, as well as Cup and Europa League strikes – including a hat-trick in the first round second leg qualifier last Thursday.

And he believes that he can bring that form and confidence to Deepdale with him: “Things have been going very well for myself, scoring almost every game,” he continued. “Confidence is very high; I have got three more games with Cork and I am hopeful of getting a few more goals and taking that into my time at Preston.

“A lot of the boys have said they are going to make their way across to the game on Thursday.

“They will have a double session and then make their way down to Turner’s Cross. The boys are looking forward to it; it will be a great atmosphere and it will be really good to show them what we can do.

“It will be a tough game against a really good opposition from Cyprus. We will be the underdogs, but we are confident we can upset them.

“Everything it going really well at the moment. Every game I go into I feel like I am going to score. I have worked on a lot of stuff this year and it is one of those times where everything I touch turns to gold and I feel that form will come with me to Preston North End, where I can continue to get the goals in the coming season.”

The full interview with the 23-year-old, who will take the No.24 shirt when he arrives in PR1, can be watched by clicking on the link above.