Following a lengthy injury, John Welsh is excited to be able to join back in with his teammates in training once again.

Welsh has missed the last nine months through a calf injury he picked up against Brighton back on October 15th. The 33 year-old tore his calf and suffered setbacks along the way, just adding to his time away from the game, but he remained determined and is now back training alongside his teammates.

The players are currently on a pre-season training camp in Cork with new boss Alex Neil taking sessions and putting his stamp on his team for the first time, with a watching brief prior to the trip. 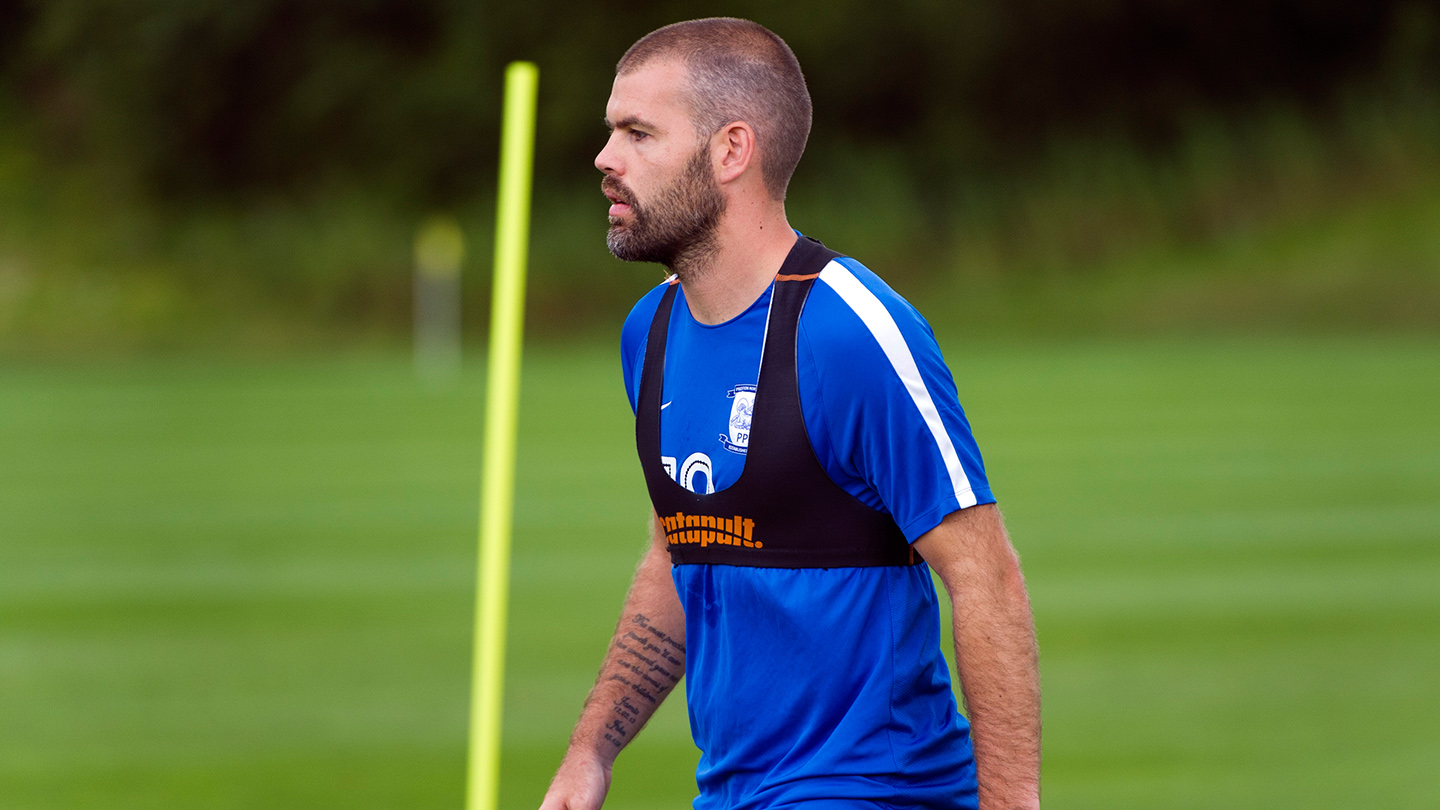 Speaking to PNE.Com, Welsh spoke about keeping going despite his setbacks: “If you measure it to my broken leg I was told I’d be out for 9 months and that was that, I was working towards fitness. With this it’s been a real testing time because I was coming back and I was two weeks away then I broke down - then I go to six weeks and then I broke down.

“It’s been mentally draining but I’ve got a great physio in Jacko, great people around the club and my family have kept me strong. I’ve just been getting my mind on getting fit, although it’s taken a long time, it’s not ideal. I’m hopefully, fingers crossed, getting there now.

“My calf feels really strong so it’s just about keeping it strong. I’ve been getting involved in training a lot more, the new gaffers come in and everything looks to be going well.

Typically, Welsh has been tackling his injury head on and thinks that the right mentality can make a big difference: “The main thing is to keep yourself mentally right - I’d like to think I’m a mentally strong person so I don’t think it’s affected me too much. It’s obviously not ideal, I want to play as many games as I can with being out for so long.

“When I explain it to people it seems like a non-injury, it’s a calf injury, you’d expect four weeks - six weeks maximum - not the amount I’ve been out, which is frustrating. It’s just about getting it strong and getting back out on the training pitch.”

Having now overcome the injury, John’s now feeling like he’s younger and he’s excited for what lies ahead for both himself and the club, with Alex Neil’s arrival at Deepdale.

“It’s really like being new again, the enthusiasm comes back. It’s been a long time, it’s been a testing time, but I’ve had that enthusiasm for getting back on that training pitch.

“I know everyone dreads pre-season but I was actually looking forward to getting back and getting strong. My enthusiasm is the highest it’s been in a long while to just get out onto the training pitch. 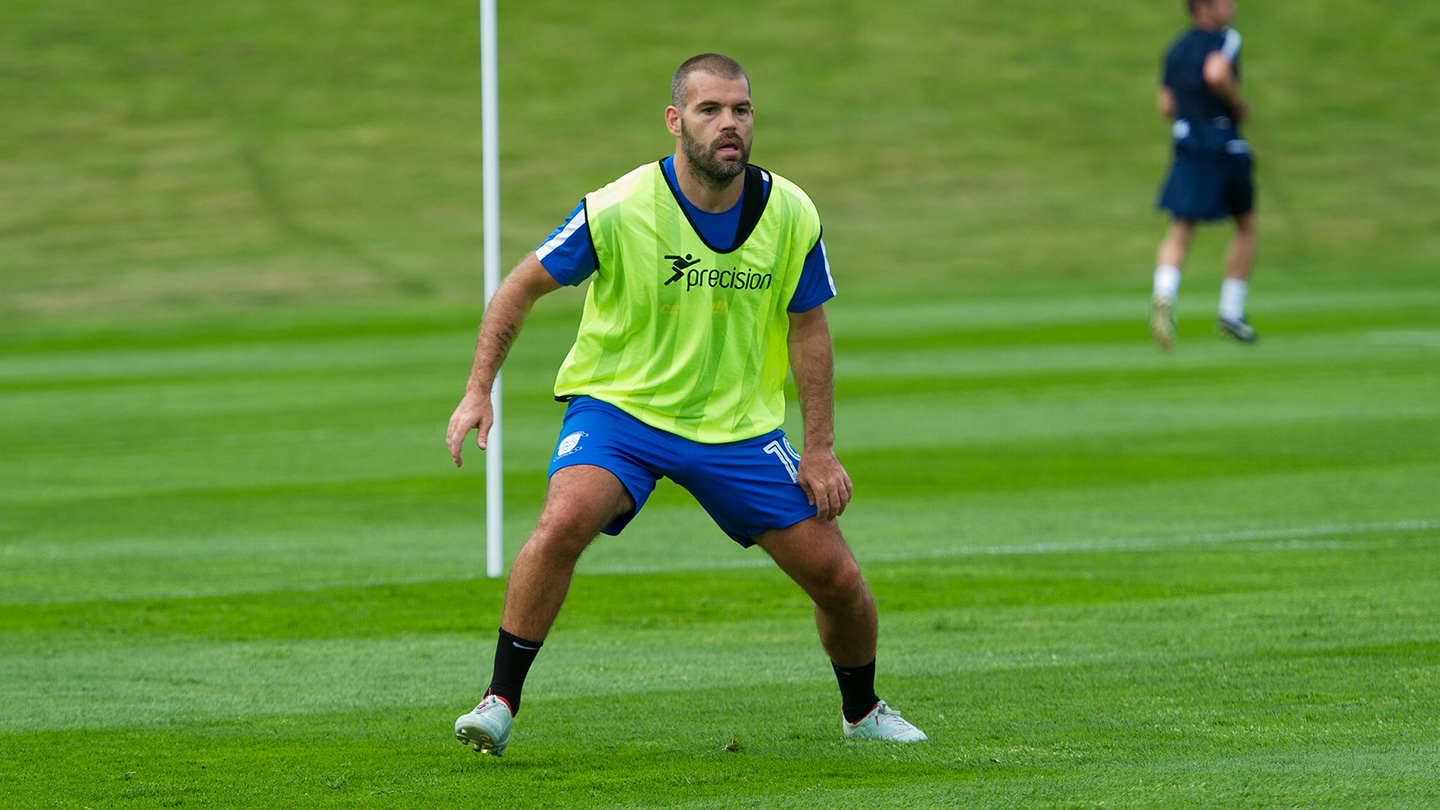 “The gaffers come in with new ideas and that’s made me want to get involved - seeing how he wants to play football, what he wants from us and what he expects from us. It’s exciting just getting out on the training pitch and doing a bit of crossing and finishing.

“The lads were feeling tight and some had aches and pains and I was just buzzing to be back out there. I’m feeling a real enthusiasm and a youthful attitude towards training.”

With the sudden departure of a manger Welsh told PNE.Com how the senior players in the squad stepped up to guide others and keep the progress they’d made.

“I think we had to, we were brought in and told the situation that there was a managerial change and a lot of the experienced lads were pulled to the side. We knew that we’d have to sort of keep the young lads going because it’s easy to fall into a kind of easy going sort of attitude; that we don’t know what’s happening, we can go through the motions in training. That was never going to happen though with the way that Tommo and Kels took over, Tom wouldn’t expect it of the lads and the senior players wouldn’t expect that."

There was nothing but praise from the centre-midfielder for the younger players in the group though, with their appetite for success constant; and he let us in on a motivational technique the players may use if necessary.

“The onus was on the older lads to get everyone through it but there wasn’t that much to do - sometimes you’ve got to kick some up the backside every now and again but that goes throughout the season. I think the attitude of the players and the staff that stayed was brilliant and you couldn’t ask for more - I’m sure the gaffer would have a lot of credit for them for the shape that we’re in.”

Now the focus is on pushing on under Alex Neil and adapting to the way the new manager wants his PNE to play, however the new boss has made it clear to the players that upheaval isn’t really in his plans.

“The new manager comes in with new ideas and he’s made it clear that he wants to push us on. It’s exciting for a player, I’ve been around a little bit now so it’s nice to get fresh ideas. Somebody that wants to be on the training pitch and someone that wants to improve us.

“He’s told us that his main job is to improve us as individuals and collectively as a team, so it’s really an exciting time. I’m sure the fans feel the same, they want to know how we’re going to play, formations and stuff like that so it’s a bit of the unknown but it is exciting and I’m really looking forward to it. The managerial change only gets me more excited to learn new things and fresh ideas.”

PNE will continue their pre-season in Cork until the end of this week but will return to England for their next friendly game against Stockport County on Saturday 15th July. Details for tickets can be found here: https://www.pnefc.net/news/2017/july/stockport-county-and-fleetwood-town-ticket-details/.