Preston North End will host Sheffield Wednesday on the opening day of the 2017/18 season.

Simon Grayson's side will take on Wednesday, who reached the Championship Play-Off semi-final last season, on Saturday 5th August to kick-off the new campaign. 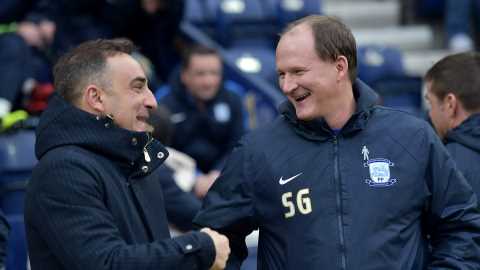 It's an exciting start to the season for North End who face some of the division's favourites in the opening month.

North End's first away game of the season comes the following weekend with a trip to Elland Road to face Leeds United on Saturday 12th August.

A home game against Play-Off runners up Reading follows at Deepdale before a trip to the Riverside to face Middlesbrough who return to the Championship this season.

It's a Deepdale double header after the first international break, with home games against Barnsley and Cardiff City in September before a trip to Birmingham City on Saturday 16th September.

Later that month, North End have back to back games against two sides relegated from the Premier League, with Hull City away on Tuesday 26th September, before hosting Sunderland at home on Saturday 30th.

That's followed by back to back away games against Fulham and Wolverhampton Wanderers.

North End will host Bolton Wanderers in the only Lancashire derby in the Championship on Saturday 18th November, with the return fixture at the Macron to be played on Saturday 3rd March.

December sees six fixtures for North End over a busy Christmas period, with home games against Queens Park Rangers, Sheffield United and Nottingham Forest at the start of the month before a trip to Oakwell on Boxing Day.

That trip is followed by a visit to Cardiff City on Saturday 30th December, before PNE kick-off 2018 at Deepdale, with Middlesbrough the visitors.

The FA Cup third round will take place the following weekend before North End make the trip to The Den to face Millwall on Saturday 13th January.

PNE host Birmingham City on 20th January before a Saturday trip to Nottingham Forest on the 27th.

February sees trips to Brentford and Aston Villa in between three home games against Hull City, Wovles and Ipswich Town.

It's a busy schedule in March and April as the season comes to a close, with 12 games in two months, including the Easter period that sees a trip to Sheffield Wednesday before Derby County come to Deepdale on Monday 2nd April.

The regular season will come to a close at Deepdale on Sunday 6th May against Burton Albion.

You can see the fixture list in full by clicking here.