Preston North End are delighted to announce that Sean Maguire will join the club from Cork City at the end of July 2017.

The striker has agreed a three-year deal from next month after both clubs agreed an appropriate but undisclosed compensation package. 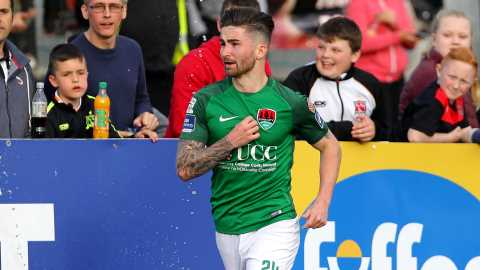 Maguire 'Over The Moon'

Maguire has been in fine form for the League of Ireland leaders this season, and has scored an impressive 19 goals in 20 appearances so far this campaign.

The Irishman scored a superb hat-trick to add to his tally for the season last night in a top of the table clash with Dundalk.

The 23-year-old has previously represented Sligo Rovers and West Ham United but it's at Cork City where the young forward has flourished.

After a short spell at Dundalk, Maguire signed for Cork in December 2015 and went on to help the side win the FAI Cup last year.

The forward was awarded with the PFAI Young Player of the Year award in 2016, and was also named in the PFAI Premier Division Team of the Year.

Maguire will join up with his PNE teammates at the end of July once he has completed his move.