Manager Simon Grayson is expecting a tough start to the new season, but is looking forward to a competitive first few games against some of the division’s favourites. 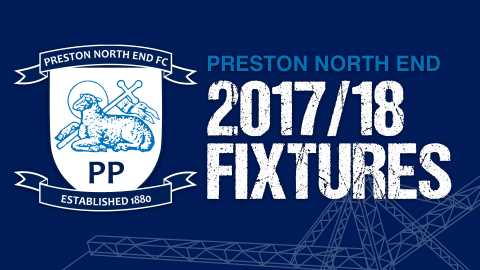 The Lilywhites boss spoke to PNE.Com after glancing over the new Sky Bet Championship programme that sees his side start their campaign with a home game against beaten Play-Off semi-finalists Sheffield Wednesday, before a trip to his former club Leeds United.

North End then have a Tuesday night trip to Derby County, before entertaining the losing Play-Off finalists Reading. They then end August with an away game at relegated Middlesbrough.

“There are a lot of big fixtures at the start of the season,” said Simon. “But that is the Championship. It is a tough start, but there are no easy games in this division.

“We will work hard in pre-season and be ready for the big start.”

The 2017/18 season is bookended by home games, the opening day against Sheffield Wednesday and the visit of Nigel Clough’s Burton Albion in May 2018 the cornerstones which also pleased the manager.

“The first game of the season is always exciting. Sheffield Wednesday will have a big contingent here and it should be a good way to start the season,” he continued.

“To finish at home as well, with the visit of Burton, is nice. People look at the fixtures and search for different things, but the first and the last games can be important and so it is nice for them to be at home.”

The busy Christmas period sees four games in ten days between the 23rd December and the 1st January, including a trip to Wales.

“We always knew that there would be four games over this period. But there is a bit of travelling for the supporters – a trip to Cardiff for the fans is not ideal, but we must try and pick up as many points as we can during this busy period, irrespective of the opposition,” added the gaffer.