Steve Bruce will bring his experienced and expensively assembled Aston Villa side to Deepdale on Wednesday night for their second live Sky game in a matter of days.

According to the Birmingham Mail, Bruce is considering changes to his side following Sunday's derby stalemate with Birmingham City.

Jack Grealish and Henri Lansbury both featured for Villa’s U23s on Monday night and could return to the bench, although Gabby Agbonlahor (calf) may not quite be fit, having missed the second city derby.

Mile Jedinak is back after a groin problem and could make the starting XI, but former Bristol City forward Jonathan Kodjia is a doubt with an ankle injury sustained against the Blues.

Andre Green remains on the sidelines with a hamstring injury, but Neil Taylor has served his three-match ban and is available and could press Alan Hutton for a full back role.

If Kodjia is fails to recover from his injury, Bruce could hand a start to Keinan Davis in the role of lone frontman, but he also has recent Irish call-up Scott Hogan at his disposal as well.

Speaking ahead of the game, Bruce seems to have watched a different North End considering his first comment: “They're big, physical. We know what to expect.” 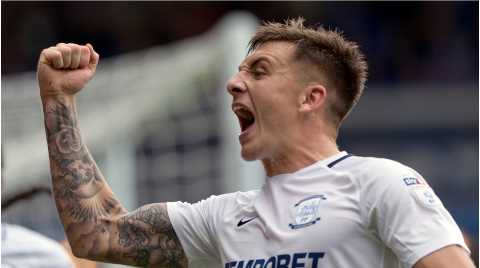 Not quite how we might describe the side, however, he went on to praise the Lilywhites' start to the season.

“They've had a good start to the season," he continued. "It's never easy Preston away and it won't be easy on Wednesday night.”