Manager Alex Neil will again have to do a head count ahead of the arrival of Aston Villa to Deepdale this Wednesday night.

The North End boss is without five defenders for the visit of the second city side. Tom Clarke (Achilles) and Greg Cunningham (knee) are joined by Tommy Spurr (knee) – who is ruled out for a number of months – Ben Davies (appendectomy) and he has current skipper Paul Huntington suspended after picking up his fifth caution of the season in Saturday’s clash with Brentford.

Calum Woods is likely to continue as a centre half, having picked up the sponsors’ man of the match in the clash with the Bees at the weekend.

Irish international defender Andy Boyle could also be given his first start of the season alongside Woods at the heart of the Lilywhites’ backline. 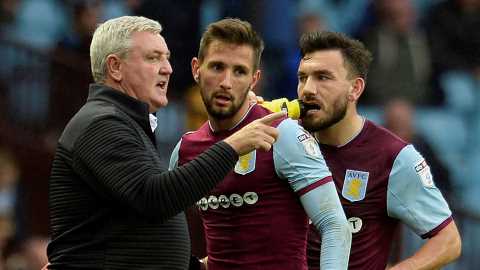 Further up the pitch he PNE chief has more options. Alan Browne returns from a one match suspension and will push for an immediate recall after some impressive recent performances. Josh Harrop, Callum Robinson, Stephy Mavididi, Paul Gallagher and Daryl Horgan are also attacking options available.

However, John Welsh looks to still be missing, having missed the last two games through injury.