First half goals from James Chester and Robert Snodgrass gave Aston Villa a 2-0 win at Deepdale, as the Lilywhites’ defensive injury worries worsened. 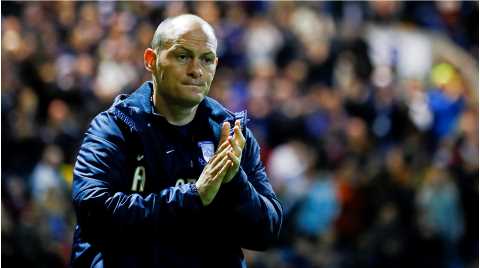 Injuries to Calum Woods and Josh Earl compounded the already stretched options for manager Alex Neil, with Alan Browne having to play the second half as a makeshift centre half against Steve Bruce’s side.

Chester had headed the visitors in front 12 minutes in, meeting Snodgrass’ corner and beating stand-in skipper Ben Pearson on the line, but the game’s key moment came midway through the first half when the Sky TV cameras showed that PNE were denied a clear penalty, after Chester had brought down Sean Maguire in the left hand corner of the box.

Referee Peter Bankes did not point to the spot and this frustration was added to when second city side capitalised on a the ball being given away by North End in the middle of the park; on loan Spurs man Josh Onomah breaking down the left before crossing for Snodgrass to stroke home from six yards out to double his side’s advantage.

The side in claret blue could have been ahead before their 12th minute opener, Albert Adomah creating an opening for dangerous young frontman Keinan Davis eight minutes in, but a superb save from Chris Maxwell denied the 19-year-old a goal.

However, the first goal came as Snodgrass’ right wing corner in front of the Town End found Villa centre half Chester unmarked ten yards out and despite the best efforts of Pearson – given the captain’s armband in the absence of the suspended Paul Huntington – he could not keep the ball out of the net.

The home side looked to respond and former England captain John Terry needed to head the ball off the line as a left wing corner from Johnson was played cleverly out of Pearson on the edge of the ‘D’, he then stood the ball up to the back post where Jordan Hugill headed across the six yard box in the direction of Tom Barkhuizen, but the Villans’ captain headed behind.

The penalty that should have been awarded came in the 22nd minute. Sean Maguire burst into the left hand side of the box and Chester stuck out a leg, standing on the Irishman’s foot, sending him to the turf. The game, however, went on and Josh Earl overlapped down the left, delivering a cross for Hugill, who headed back across goal but wide of the left hand upright – but it was not the missed chance, but the failure to award the spot kick that left the Lilywhites up in arms.

And if that wasn’t frustrating enough, they were given a mountain to climb when Onomah broke with pace, after reading Pearson’s inside pass, driving down the left hand flank, before drilling a low ball into the penalty area, where an onrushing Snodgrass side-footed home from ten yards out.

The closing minutes of the first half brought more disbelief, as in a block tackle Calum Woods picked up an injury, needing treatment and then Josh Earl suffered the same fate after a clash near the half-way line, and when neither returned for the second half it meant the patched up defence was even more so.

Andy Boyle had come in for his first league start of the season and he was joined by Kevin O’Connor, who came on for Earl at left back at the break, a third Irishman, Browne, moving in between the other two in a position he hadn’t played since his youth.

Paul Gallagher also entered the fray, dropping into the midfield and it was the experienced No.12 who began to have an influence on the play, dictating and driving the home side forward in an effort to get back into the game.

Jordan Hugill competed well against the experienced centre halves of Terry and Chester, with the busy three behind him of Johnson, Maguire and Barkhuizen trying to feed off the knock downs provided by the big No.9.

There was a second strong shout for a penalty, Maguire again involved, this time Terry seemingly kicking the underside of the Irishman’s foot as he looked to plant it, but again the match officials saw nothing wrong.

Browne and Boyle looked comfortable against their opposition frontline, with Bruce’s side having settled in and tried to hit their hosts on the counter-attack, but this organisation meant very little space in behind for them to exploit and former PNE stopper Sam Johnstone looked solid between the sticks as they held on to take the three points.