Lancashire referee Darren Bond takes charge of his second North End game of the season when the Lilywhites travel to Ashton Gate on Tuesday evening.

Darren was the match official in the club’s home draw against Millwall in September, one of his 16 games so far this season, where he has issued 55 cautions and one red card.

That red card came in the other Bristol City game he has officiated this season, when he sent off a Birmingham City player late in the game at St Andrews, when the Blues beat the Robins 2-1.

Although he had done numerous friendlies and other games involving Preston North End, last season was the first time the experienced official took charge of competitive fixtures involving the club, as he refereed the two home 1-1 draws with Burton Albion and Nottingham Forest.

The referee will be assisted by John Flynn and Mark Pottage, with Andy Woolmer as the fourth official. 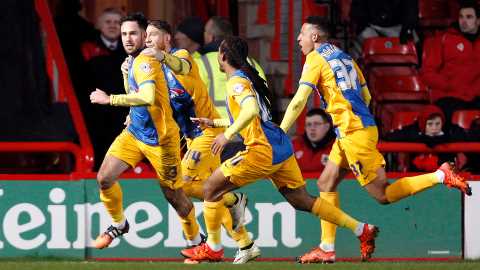