Bolton Wanderers are second amongst the list of clubs we have faced in more than 100 league games, but our history of games against each other goes back to before the foundation of the Football League in 1888. 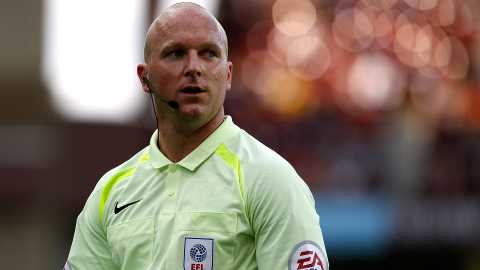 In terms of league matches, Bolton’s first visit to Deepdale was in only our third match in the competition on 22nd September 1888. Our 3-1 win that day set the pattern for the first few seasons, as we won seven of the first eight games with the other being a draw.

The fifth of those games, our 93rd in the league, featured our 100th goal in the fledgling competition and it was not to be until the ninth attempt that the Trotters grabbed both points, thanks to a 3-2 scoreline.

Honours have been fairly even over the years, the 30 contests to date producing 25 North End wins, 18 draws and 17 victories for our visitors. Although the fixture is averaging almost three goals per game, high scoring matches have been few and far between.

Each club has recorded one 4-0 win, ours way back in 1891 whilst Bolton’s came in 1946, although the Trotters have also scored four on two other occasions. On the other hand, there have only been four goalless draws here, the most recent of these on Bolton’s last visit in 2015.

Given how close the two clubs are geographically, it is not surprising that there have been numerous players to feature for both clubs over the years. Amongst these are some notable names, including last season’s loanee Alex Baptiste, Wembley hat-trick hero Jermaine Beckford, Kevin Davies, Andy Lonergan, Doug Holden and John Thomas.

Someone who spent two spells as a player with both clubs and ended up managing both clubs later in his football career is of course Big Sam Allardyce, who had a spell as caretaker manager at Deepdale before an extended and successful period in charge of Bolton.

Winger Doug Holden had made over 450 appearances for Bolton in a ten year career and he had been selected for England before he moved to North End 55 years ago. His PNE debut came in a 2-1 defeat at Sunderland on this date in 1962. He went on to play 100 plus games for North End before emigrating to Australia.

Someone with a less memorable career here made his debut five years ago on Friday, Anthony Elding being a Graham Westley signing who left us after only five appearances.