Paul Huntington and Jordan Hugill… our last two main interviews in the matchday programme. What do they have in common? The answer is that they were both suspended for the game, after we had already done the interviews!

So when we decided to put Ben Pearson in this weekend’s edition, already on four bookings going into the start of last week, we knew we were on a hiding to nothing!

However, the North End No.4 returns to the squad this afternoon, for the first of a busy month of fixtures, with six games in the next 29 days. And with three of the next four being at Deepdale, the Lilywhites are targeting a haul of points that could leave them ready for a big push in 2018 towards the upper echelons of the EFL Sky Bet Championship.

And the 22-year-old is confident that the quality of the Lilywhites’ squad can achieve just that. “We are, with our best team we’re a force in this division,” he told The One And Only at Springfields this week. “We’ve got to look at the top six, if and when our best team plays.

“It was nice to get that win at Bristol City to set us up for the remaining fixtures up until Christmas. Getting that win and stopping the losing streak was a massive thing, we’ve got to build on that as we did with Bolton. We sort of stopped the rot there and then we built on that, so I think the next four or five games will be big, leading up to Christmas to hopefully build a bit of momentum to make a push, then hopefully leading into the Christmas period it will leave us in a good position in the league.

“This year, you can lose a couple and go down to 15th or 16th, then if you win a couple you are back up to eight or ninth.

“I don’t think there was any ever panic in the dressing room or with the staff when we had a little bit of a bad run; we knew that putting a few wins together would see us back up there and in this division anyone can beat anyone.

“There is not going to be any teams that run away from you too much, as long as you start putting points on the board. We have managed to do that the last couple of games we just need to continue.”

The No.4 signed a new almost four year deal earlier in the season and he feels this will be another thing that benefits his football: “That was the main reason for doing it. To not have that sense to worry about where you are going to be or anything.

“Now I have got three-and-a-half years just to concentrate on my football and not to let anything bother me; just to come in get on with training, get on with games and do my best; that was the main thing.

“It suits me more than being ahead of the ball and not being able to influence their attackers and attacking midfielders. For me, I probably prefer the No.6 rather than anywhere else.

“Growing up and watching the likes of Keane, Scholes – who later on dropped back into that sort of position – Carrick, when I was coming into the reserves, were ideal for me. 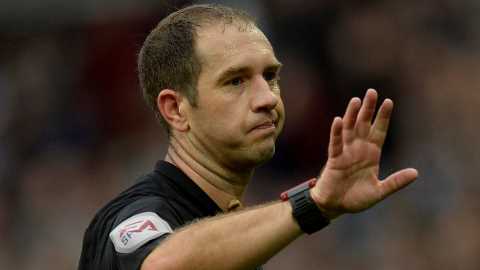 “To speak to them and get a sort of insight into what it takes and learning off them every day, that was probably beneficial to me at the time without realising it, but now I have just got to concentrate on myself and learning as I go along.

“It is ideal that the manager played there and he has come in and showed a lot of faith in me. He is always telling me different tactics and what to do game by game, so I am learning game by game what their style is and how to play against different teams.

“Over the coming weeks and coming months you are going to learn by playing different teams and different players.

“I have just got to keep grinding away and working on it in training and see where that takes me,” he added. 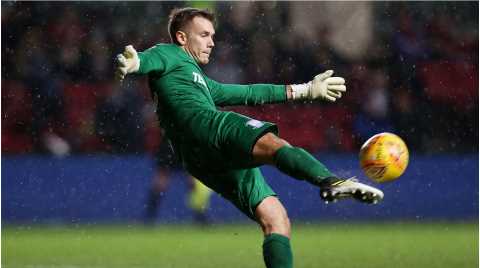 Maxi Pleased With Turnaround In Form

You can read loads more from Ben, plus read features with Stephy Mavididi, Ben Davies, Tommy Spurr and Chris Maxwell in Saturday’s 100 page edition of The One And Only. They will be on sale from the club’s Sir Tom Finney Stand ticket office from Friday afternoon and then inside and outside the ground on matchday for just £3.