It is 12 months since forward Tom Barkhuizen traded north Lancashire for Deepdale and since he was eligible to play in January he has been involved in more goals than any other player on the books in the same period.

However, speaking to iFollow PNE ahead of the visit of Queens Park Rangers, he still feels there is more to come and that he is yet to reach the form he showed when he burst on the scene back in March, in this new campaign.

“A lot of expectation came my way after I made that good start in March,” he told the club’s digitial video service. “That was when I really found my form and I probably set the standard, maybe not too high for myself, but that is what people are expecting every week now.

“Have I hit the same heights? No. But that’s just me being honest.

“It has been different this year, I have been given a different role. Last year I was playing more as a striker off Jordan when I had that hot form. But I am happy with my overall contribution to the team, it is not just the goals and assists that I bring to the team, I do a lot of work defensively.

“My running stats are always one of the highest in the team and the fact that the gaffer has played me in every game this season gives me confidence that he does trust me and that I am doing something right.” 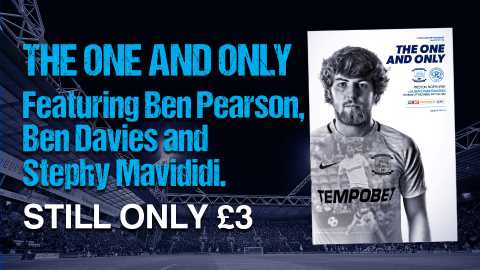 The team return to Deepdale this afternoon looking to return to their form earlier in the year when PR1 was a postcode visiting clubs feared visiting and the former Morecambe man believes the team are in a good position to go on another winning run.

“A lot was made about the run of form we had before the international break. A little bit too much for us!” He continued.

“We had a lot of players out injured and if you looked at our overall record at that point, if our record had been the same and our losses had been spread out, then people would have been saying that we were doing alright. However, people took it the way that they did, but we stuck together in the dressing room and we all had confidence that we would turn it around pretty quickly.

“The Bolton result wasn’t the best on paper, but it got us out of that losing streak and it set us on our way to that week of good results and performances at Bristol and Norwich.

“We didn’t listen too much to what people were saying. We understood that when we had as good a start as we did and then went on a losing run that the negative comments would come out, but we always knew that once we had our big players back it would only be a matter of time before we turned it around and that was what happened.

“We got a couple of players back for Bristol City away and we went and won 2-1 and that sets us up for a good couple of weeks to hopefully get back up and around the Play-Offs.”

You can watch more from Tom, as he discusses Saturday’s visitors and the test they will provide, click on the video at the top of the page.