Defender Ben Davies feels PNE need to be on top of their game when they travel to league leaders Wolves on Saturday.

North End came out on top when they faced then-leaders Cardiff City at Deepdale last month, but the 22-year-old knows PNE will be in for a tough test this weekend at Molineux. 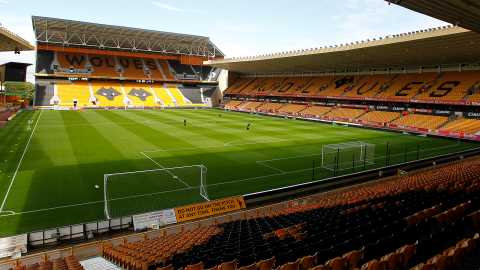 Speaking to iFollow PNE ahead of the game, the PNE Academy graduate said: "We did it to Cardiff a few weeks ago, but against anyone at the top of the league we need to be on it, especially away from home.

"The gaffer will come up with a game plan and we will try and execute it and hopefully it will be enough to bring something back.

Davies feels the Lilywhites will need to be solid at the back as they have been in the majority of games on the road, giving the forward players the chance to go and win the game for Alex Neil's side.

"As we've shown so far this season, we've got some top players that can win you games and do good things. We just need to be solid defensively and hopefully give our players the chance to go and get the win.

"We started off the season keeping a really solid defensive record, it's slipped a bit recently but the pleasing thing at the other end is that we've started scoring. If we can keep it solid at the back then hopefully we can create some chances and take them."

PNE head to Wolves following last weekend's draw at Craven Cottage, and after a physically tough game against Fulham, Davies and the rest of the squad have been grateful of a free week to prepare for Saturday.

"Both teams at the end were physically tired, I felt like it was a good game to play in and an enjoyable game but we have the week to prepare for the next game.

"It will be a tough away game but we will use the whole week and then we will be ready to go again on Saturday."

With over 1,300 tickets already sold for the trip, Davies is grateful of the support from the travelling fans, and hopes they can play their part once again on Saturday.

"We've really appreciated the fans all season, especially at the away games at the likes of Hull and Birmingham where we've won, they've been massive. We could hear them at Fulham doing all they could to see us home so if they can bring the same support to Wolves that would be appreciated and hopefully help us."

Watch the full interview with Ben on iFollow PNE now by clicking on the video above.

Buy your tickets for the Wolves clash here.