The Bees fly north to face North End on Saturday on the back of some good form of late and manager Dean Smith feels his side are in good shape away from home.

Speaking to the club’s iFollow channel, he is expecting a good display: “We weren’t very good up there last season,” he admitted. “It was such a contrast from the season before when we went up there and got such a great 3-1 victory.

“Last time, certainly in the second half of the game, we weren’t very good at all. With the players that we have got now I certainly wouldn’t expect that performance. I think we are a different team away from home this season. We are certainly more consistent in our performances, whether it be home or away.

“We had such a good home record before and were not so good away but now I think we travel well. It was one of the things that we spoke to the players about in the summer as it was something we had to improve. We have certainly done that already this season.

“It will be a very tough game. They have started the season very well. I watched them against Fulham and they worked Fulham very hard. 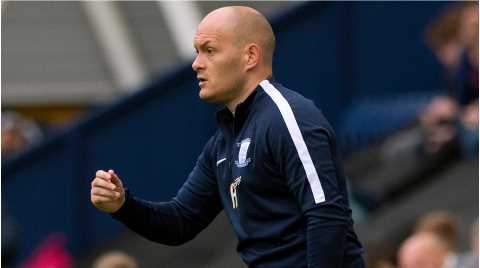 "I also watched them against Sunderland and against Wolverhampton Wanderers and they acquitted themselves very well. Alex Neil had gone in and you can see the style that they want to play. It will be a tough ask for us.

“They went and pressed Fulham high up the pitch, won the ball back a number of times, and went two goals up. I have said this season that I think Wolves are the team to be shot at, and they certainly had a go at them last week at Molineux.”