In 25 previous league games at home to Brentford, there has never been a goalless draw so hopefully this fixture’s history of goals will continue this weekend!

Indeed, we have shared 98 goals to date, at an average of almost four per game and there have been some high-scoring results over the years.

It is 84 years since the Bees made their way north from west London on Boxing Day 1933. We complain about fixture congestion nowadays, but the two clubs had faced each other at Griffin Park only the day before – Christmas Day!

Following a 3-2 defeat in that match, the pattern for goals at Deepdale was established from the start as we gained revenge by a similar scoreline. Two games in 24 hours and ten goals scored – definitely a fixture with plenty to live up to in subsequent years, but this has been achieved. Last season’s 4-2 victory for North End was the third time we have recorded four goals against Brentford here, in addition to scoring five times twice.

One of the most notable games came in 1989 when the scoreline seesawed between the two sides before Warren Joyce, on as a second half substitute, finally swung the game in our favour.

Tony Philliskirk gave us a second minute lead only for two Brentford goals in the next quarter of an hour to give them the lead, before Mark Patterson’s penalty in the 23rd minute evened things up again.

Brentford regained the lead virtually from the kick off to the second half and it took the introduction of Joyce to finally put us on top. With virtually his first touch, he equalised and then Tony Ellis restored our lead and a final minute goal from the recent Wigan manager clinched the points.

Brentford returned to Deepdale six months later and the match was nearly as dramatic as we came from 2-0 down after 13 minutes to win 4-2 with all our goals in the last half hour.

Frank Becton was born on this date in 1873, the youngest of three brothers to play for North End, although they never appeared in the first team together. After scoring 54 goals in only 102 games between 1891 and 1895, he signed for Liverpool and then move to Sheffield United before returning to Deepdale for the 1900/01 season. Although he only scored ten goals in 28 appearances, his career stats for PNE of 64 goals in 130 games are up there with the best in our history.

A striker with an even better goalscoring record made his debut for us on this date in 1961 after singing from Manchester United. Alex Dawson, known to fans as the Black Prince, scored 132 goals in only 237 appearances, averaging a goal every 162 minutes.

He scored in the 1964 FA Cup Final defeat to West Ham and is sixth in our list of hat-trick scorers with five trebles to his name. He left for Bury in 1967, but remained a regular visitor to North End games over the years since his departure as a player.

Former goalkeeper Simon Farnworth is 54 on Saturday as well. 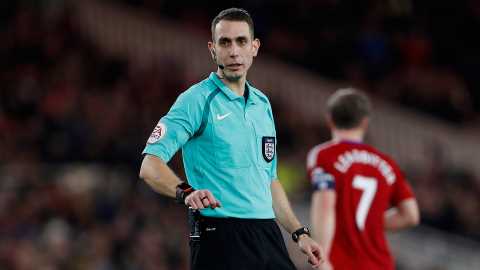