We find ourselves on the north bank of the Thames for the 32nd time at the weekend, looking to add to our tally of nine wins at Craven Cottage.

Draws are rare in this fixture, with only five to date. The most recent of these came two seasons ago, when Joe Garner’s first half strike was cancelled out by a typical Ross McCormack free kick quarter of an hour from time.

Our first visit to Fulham was over 100 years ago, back in 1912, but there have been long periods when our paths have not crossed. We didn’t meet again until 1915 and then it was ten years before we faced each other again.

There was an 18 year gap either side of the Second World War and it was only in the 70s, 80s and 90s that we faced each other with any long term regularity until 2000, when we recorded our most recent win. It was to be another 15 years until we met again in the draw mentioned earlier.

Two games stand out from our joint history of league games at Craven Cottage. In 1978, Mick Baxter managed the surprisingly common defender’s achievement of scoring for both sides in the same game. Sadly his goals did not swing the game in our favour, as we went down 5-3 in the highest aggregate score in this fixture.

More memorable from a North End point of view was our 1-0 victory in 1971, which allowed us to pinch the third division title from our hosts two days later.

England manager Sir Alf Ramsey was present at Craven Cottage to present the trophy to Fulham, but Ricky Heppolette’s diving header in the first half and some stunning goalkeeping from Alan Kelly senior saw us spoil the Londoners’ party. Let’s hope for a similar outcome on Saturday. 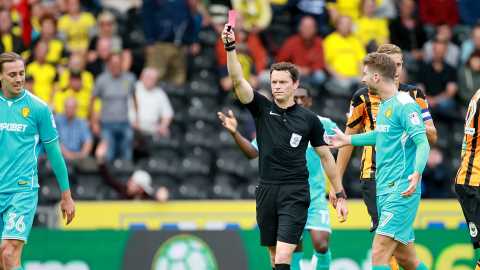 One of our nine wins at Fulham came on this date in 1959, when a flurry of late goals saw us come out on top 2-1. England captain Johnny Haynes gave Fulham a 73rd minute lead, but 12 minutes later, goals from Derek Mayers (76) and Sammy Taylor (85) secured us the first division points.

Of the nine away league games we have played in this date, history is on our side with four wins and two draws.

Two former loan players at Deepdale celebrate birthdays on 14th October. Icelandic international Thordur Gudjonsson joined us from Las Palmas in the Spanish League in 2002 and made eight appearances during his month at the club.

Someone born much closer to Deepdale, Clarke Carlisle, is 38 on Saturday. Clarke made 28 appearances and scored three goals having moved from Burnley on a season’s loan in 2011/12 before he moved on to Northampton Town – we wish him all the best after his recent difficulties.

Kevin Kilbane also made his North End debut on 14th October 1995 in a 3-0 win at Torquay United.