There are only two other clubs that we have faced more times in the EFL than Wolverhampton Wanderers and they are also fellow founder members, in Burnley and Bolton Wanderers.

However, as with all these opponents, we had met each other on numerous occasions prior to the league kicking off in September 1888.

Wolves were our second opponents in that inaugural season and we comfortably overcame them 4-0 on our only league visit to their former Dudley Road ground. Our four goals came from Jimmy Ross, Jack Gordon and the Goodall brothers, Archie and John, who both scored in the same match.

Since then, we have made 56 visits to Molineux, where Wolves moved to in 1889 and there have been some memorable results amongst them. Steve Bull cemented his growing reputation as a goalscorer with four goals in our record 6-0 defeat at Molineux in 1988, whilst the highest aggregate score saw us lose by the odd goal in seven in 1956, Harry Hooper’s hat-trick for Wolves proving decisive.

Many players have graced both clubs, from old Invincibles Billy Rose and Sammy Thomson, through Willie Forbes in the 1950s, Ken Knighton and Graham Hawkins in the 1960s, George Berry, Mike Bennett and Paul Birch to more recent instances such as Matt Hill, Mark Rankine and Stephen Elliott.

21st October 1995 was the last occasion when two North end players scored hat-tricks in the same match, Steve Wilkinson and Andy Saville putting Mansfield Town to the sword at Deepdale in our 6-0 win.

It was also on this date in 2001 that Jon Macken scored that goal against Manchester City in a 2-1 home win in front of the TV cameras, scoring from inside the centre circle over the flailing arms of Nicky Weaver in the City goal.

Our great Australian centre half Joe Marston made his debut on 21st October in 1950, in a 4-1 defeat at Oakwell, as we lost to Barnsley. Joe went on to make exactly 200 appearances for North End and appeared in the 1954 FA Cup Final before returning to Australia and becoming a respected coach and administrator.

Former players celebrating their birthdays today include Farrell Kilbane, Paul Masefield and Ian Stevens. Farrell made one appearance as a substitute in 1994 in a 3-1 home win over Torquay, the club his brother also made his debut against the following year.

Paul was a colleague of Farrell that season, making nine appearances at right back, whilst Ian went on to make almost 550 club appearances for various teams, after starting with North End in the dark days of the mid-1980s. 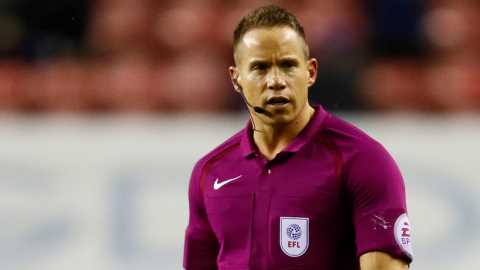