Manager Alex Neil hailed the football and the atmosphere around Deepdale after seeing his side move up to fifth with a 3-0 win over Cardiff. 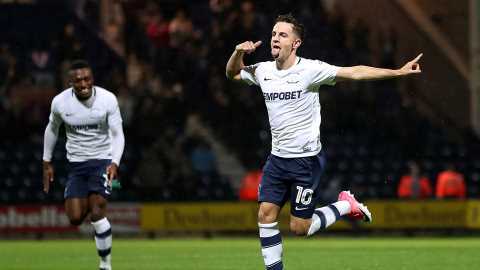 The Lilywhites boss saw goals from Josh Harrop, Sean Maguire and an Alan Browne stunner from near the half-way line dish out Neil Warnock’s first defeat of the season.

And after the game the PNE chief felt everyone played their part: “I was delighted with the performance,” he told iFollow. “It is a squad game. I made a few changes from the weekend, because the last time we played in midweek at Derby I said afterwards that we looked a bit jaded, so I was conscious of that tonight.

“I put John Welsh in, who has not played for almost a season and I thought he made an incredible contribution to us.

“The position we spoke about strengthening when we got to the end of the window was the one he plays, but we made a conscious decision that if John was going to be coming back, then he would be the guy to play that role if we needed him to and he did great and I was really pleased for him.

“But not only that, people have been criticising us for not scoring goals, which I understand, because we have had opportunities and chances to, but I was pleased tonight that we got the goals and we managed to still keep ourselves solid at the back. It was a thoroughly deserved result against a team who were obviously at the top of the table and were yet to be beaten before tonight.”

The performance saw the Bluebirds backline struggle to cope with the pace of the Lilywhites front four and this was something the manager admits was what they had looked at.

“I also thought Jordan Hugill was back to his best tonight – he was absolutely great – and the three behind him were really energetic, got about the pitch and I don’t think they could live with our energy.

“I think a huge amount of credit goes to a really young team, who I thought performed excellently tonight.” 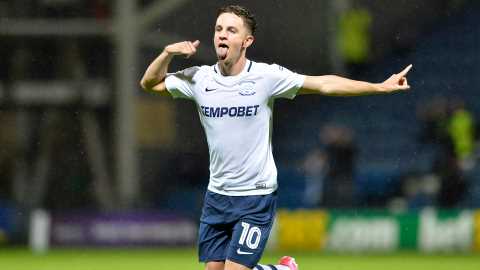 And the goals, all different, were each excellent in their own way: “It was a good free kick from Josh. I didn’t think his set plays up to that point were great and I said to the bench ‘if this one isn’t very good he is coming off them’ and then he goes and puts it in the bottom corner, so I am really pleased for him.

“He has been itching for a start; I thought he made a real impact when he came on at the weekend and he was rewarded tonight with a start and he rewarded me and us with a good performance and a goal.

“We spoke about the incisiveness and finding the right passes in the final third areas and Tom [Barkhuizen] got his head up and picked up a really good pass to Sean for the second and he managed to shift his feet and get his goal.

“Alan Browne’s goal really topped it off. The one thing I keep saying to Alan is that in training he finished really well and when it gets to games he doesn’t seem to have his shooting boots on, but tonight when he came off I said to him ‘I told you, you can score’, so I am really pleased for him.

“It is a good place to be at the moment. Everybody is enjoying their football, I think we are playing some good stuff, so we are all pleased,” he added.

You can watch the full interview with the manager without the need for any subscription, by clicking on the video at the top of this interview.