Stand-in skipper Paul Huntington knows there is no room for complacency after a positive start to the season for PNE.

Alex Neil's side have picked up four wins and three draws from the opening eight games but Huntington insists the squad won't be taking their eye off the ball.

Speaking ahead of the visit of Millwall, the 30-year-old told iFollow PNE: "It's important that we don't forget what has got us to where we are at the moment and keep those principles but also build on them and keep improving.

"We will be not be getting complacent, not easing up on the tempo that we play at, which I'm sure we won't do and the staff will keep reminding us of that.

"We will make sure we are focused on each individual game and look to take as many points from the next few games as we do with every game.

North End's work rate has been of a high standard all season and manager Alex Neil has reiterated the importance of maintaining those standards, sentiments echoed by Huntington.

"I think that's a given in any game, the manager has spoken about making sure that we don't take the foot off the gas and make sure that we work hard at those principles, especially early on in games. 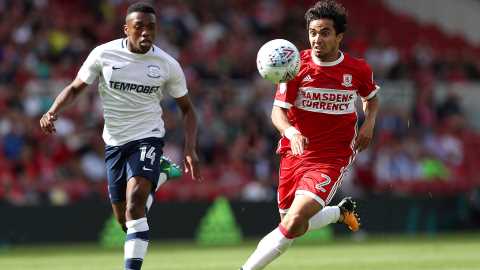 "We know it's going to be another set of battles all over the pitch but I think we take a lot of confidence from the result of the weekend and we will look to build on that."

It's clear at the end of games how much the team are enjoying the season so far, and Hunts says that's because their hard work is paying off for both themselves and for the fans. 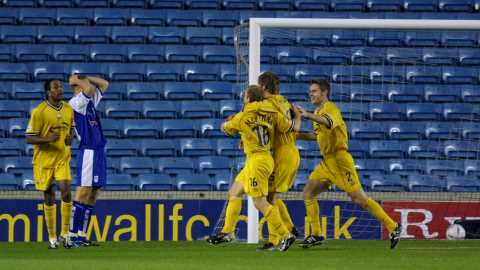 "It's not just about us and going and doing it for each other, I have been here a while now and I know what it means to represent this club.

"When we play how we can, as we did in the second half last Saturday, it's enjoyable for us all.

"We need to keep our feet on the ground and keep working hard for each other and nothing less than that.

"We have spoken about that as a group and we are just looking to keep improving and giving the supporters something to smile about and to go home happy because I thought the backing especially last weekend was great and we felt as players it really spurred us on."

Hear more from Huntington on iFollow PNE now by clicking on the video above.