Manager Alex Neil will be checking the treatment room ahead of the weekend’s clash with Millwall, to see if any of his injured men are back available.

The North End boss spoke to the media ahead of the visit of Neil Harris and his Lions side and was hoping to have Darnell Fisher back. The right back, signed from Rotherham United in the summer, was an ever-present until his missed last weekend’s win at Birmingham, but could be back for this latest game at Deepdale.

Paul Gallagher, who missed the trip to St Andrew’s with an illness, is still out, whilst Ben Pearson is closer to a return, but the clash at PR1 could come just too soon for the midfield man. 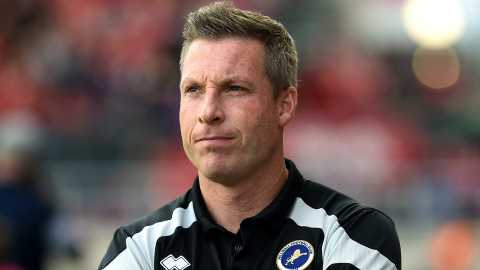 Declan Rudd’s thigh injury rules the goalkeeper out and he joins the long term casualties of Tom Clarke (Achilles) and Greg Cunningham as those definitely ruled out of the PNE boss’ plans.

A number of the squad who have not started recently got further game time in a midweek behind closed doors match at Springfields, making sure they are match sharp if called upon, as many others have been in recent weeks.