Names have played an important part in the history of today’s opponents. The first four away fixtures we played against them were not as Birmingham City, but under their previous name of Small Heath, the area of Birmingham in which the club was formed in 1875.

They only became Birmingham in 1905 and did not add ‘City’ to their title until 1943. Our first five league games were played at their Muntz Street ground (probably one of the most commonly misspelt names for a football stadium), before they moved to St Andrews since 1906.

No matter what name we have played them under or where, our away record against the Blue Noses has not been as good as at Deepdale.

We only took two points from our first eight visits, before finally gaining a victory in 1913 and Ross Wallace’s late winner eight years ago was only the eighth time we have returned home with all the points. However, we are undefeated in the last three fixtures and have won two of the last five at St Andrews, losing only once.

Our first ever league game at Muntz Street is notable, as it was the first time we had ever drawn a league match 4-4! In fact, we have only recorded that scoreline seven times in our history and six of those have come in away matches. 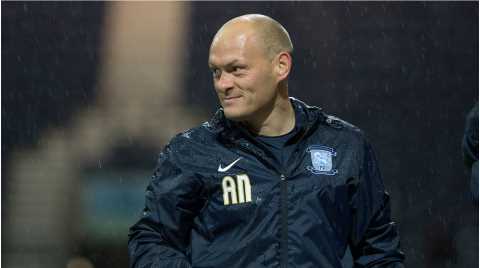 Players to have appeared for both clubs include Darren Carter, Archie Gemmill, Howard Kendall and Neil Kilkenny.

Former goalkeeper Wayne Henderson was born today in 1983. Yet another Irishman to play for North End, Wayne’s time at Deepdale was dogged by injury and he was forced to retire in 2011 after on ten games following his move from Brighton four years earlier.

One of a select group of brothers to appear together in North End’s first team, Mark Jones is 57 today. Mark played alongside his brother David, the former Southampton, Wolves and Cardiff City manager, in our defence during the 1984/85 season.

Callum Robinson made the first of his four debuts for North End three years ago today, in a 3-3 home draw with Chesterfield. This was the match in which Eoin Doyle’s hat-trick for the Spireites saw them come back from being three goals down in less than half an hour to draw in the final minute.

Brian McBride became the first American to play for North End when he made his debut today in 2000. Brian was another player whom we saw too little of in a North End shirt due to injury, a blood clot in his arm keeping him out of action for three months. Although he only made 11 appearances, which brought a solitary goal against QPR, he made an excellent impression during his time at Deepdale and is well regarded by North End, Everton and Fulham fans.