Millwall have been somewhat irregular visitors to Deepdale over the years, this only their 30th league game here since their first in October 1928.

Each club recorded three wins in the first six meetings up to 1934, but it was to be 32 years before hostilities resumed in 1966. Since then, the results have gone mostly in our favour, with 14 wins and only four defeats for North End, whilst the points have been shared on five occasions.

The result of the Lions first trip here might have suggested the fixture would be one full of goals, but despite our visitors coming out on top 4-3 in a seven goal thriller, goals have been in short supply since. We have failed to score in seven games, whilst Millwall have drawn a blank ten times, although there have only been three scoreless draws. We have outscored our guests by 45 goals to 28, but neither is a good haul from 29 matches.

A few notable players have appeared for both clubs, amongst them Sam Allardyce, Ian Bogie, Patrick Agyemang, Ricardo Fuller and Sean St Ledger. Bogie and Chaplow moved from Deepdale to Millwall, whilst Danny Dichio made the journey in the opposite direction. Kevin Davies also spent a short spell on loan with the Lions before leaving Southampton for Bolton.

Sammy moved south from Falkirk in 1955 and scored 51 in 166 appearances over the next six years, as well as creating many for Tom Finney when he moved to centre forward. He also played for Carlisle and Southport before retiring in 1965. 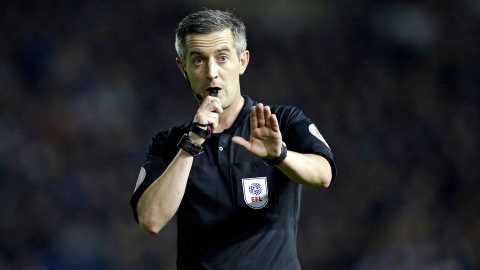 Russ Wilcox, who was a rock at the heart of the defence in our promotion side of 1996, made his debut 22 years ago today in a 2-2 draw with Fulham at Craven Cottage.

We recorded big home wins against clubs who are no longer in the Football League on this date in previous years.

Way back in 1893, we beat east Lancashire neighbours Darwen 4-1 whilst in 1989, we put five goals past Chester without reply in a match that featured Brian Mooney’s only hat-trick for North End.