In Tuesday night’s 100 page edition of the matchday programme, we speak to defender Ben Davies, who has returned from loan ready to grasp his chance.

And he may not seem it to watch him, but Ben Davies is getting his first experience of Championship football this season.

The Barrow-born central defender has started three games and although he has over 120 competitive games in his locker, his start at Pride Park against Derby County last month was his first at this level.

He then started the home win over Reading and the goalless draw at Middlesbrough a fortnight ago and has adapted to life alongside Paul Huntington at the heart of the Lilywhites’ backline as if he had been there for years.

But having spent the last six months on loan down the Fylde coast at Fleetwood Town, the man who celebrated his 22nd birthday last month, told The One And Only that this season was a make or break one for him as he returned to his parent club looking to discover whether he still had a career there or not.

“It was a season where it could have gone either way,” Ben told the matchday programme when he sat down at Springfields during the international break. “I could have been in the plans, or could have ended up seeing my future away from Preston. I was ready to come back and give it my all and see where it went to; I’m just really thankful it’s turned out this way. 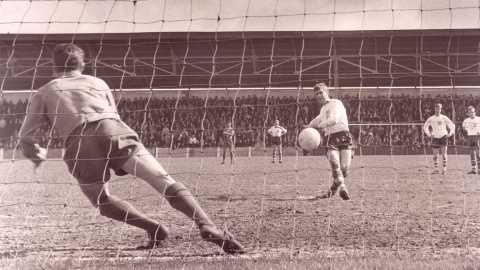 “[Simon Grayson leaving] turned everything on its head. Obviously everyone was a bit surprised by it, but I saw it as a great opportunity for someone new to come in, wipe the slate clean and give everyone a fair chance. He’s definitely done that and I can’t be more grateful.

“One of the first things he said when he came in was that he was going to see what he had here before bringing people in. He has give everyone a fair chance and as a player, you really appreciate that, especially for someone like myself who has been away from the scene for a while.

“It is refreshing to come back and find a manager who has said he is going to give everyone a fair chance and actually sticks to his word. I’ve been really happy with how it’s gone.

“Once I sealed a new contract, I knew I couldn’t just rest on my laurels. I have to kick on now and show it on the pitch. Having the chance to start a few games has been really helpful and I think that you learn more playing Championship games than you would lower down.

“The learning has definitely started now at this level and I’m just hoping it continues – the good thing is, that we’re all learning and we’re picking up points at the same time; the club’s not suffering from putting in players. We’re picking up points and we are looking forward to coming back after the internationals and carrying that on.”

There is loads more from Ben in Tuesday’s The One And Only, where we also have interviews and features with Calum Woods, Chris Maxwell, Peter Sayer, Ben Pearson and Steve Wilkes.

This will be on sale from Tuesday afternoon from the club’s Sir Tom Finney Stand ticket office and then around the ground on the night of the game, still for just £3, so make sure you pick up your copy.