John Welsh is expecting a tough test at the KCOM Stadium on Tuesday, a stadium he is familar with after a spell at Hull City earlier in his career.

Welsh played for the Tigers while on loan from Liverpool back in 2005 before joining the club on a permanent basis in 2006.

The midfielder suffered a broken leg when playing against North End for Hull City back in 2007, but after overcoming the hurdle of returning to the stadium since then, Welsh is looking forward to the clash.

"Obviously that's where I broke my leg and lucky enough I have been there and got over that hurdle. 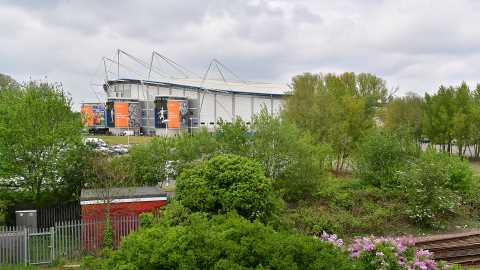 "It will be a tough test for us, I don't think they are doing as well as they probably think they should be doing,

"It's a tough place to go, I'm sure the Hull crowd would get behind them but we need to go there, we are in form so we will apply ourselves like we have done the last couple of games and do what we know we are good at and I'm sure we can cause them problems.

On the test posed by Hull, he added: "I think it's similar to the Birmingham game, we knew there was a lot of change and a lot of players coming in so we have just got to concentrate on ourselves.

"We don't know what the team is going to be, how they are going to play. I'm sure the gaffer will have his ideas on that and will go through it with us but it's just making sure we are right.

"Mentally and physically we will be in good shape, we come off the back of a tough game against Millwall, probably should have won the game but it was tough.

"We will make sure we are right, get the lads going and hopefully go there and get three points."

North End will be backed by over 1,100 supporters at the KCOM Stadium, and Welsh is appreciative of their support but isn't surprised the fans want to watch the team in action.

"It's brilliant for the game, you want a packed crowd, for me I want to play in front of full stadiums and I'm sure all the lads are the same.

"It's brilliant for football and as a fan, when I've watched our games we are a young and exciting team and I think there's still more to come from us and I'm sure the manager will get that from us.

"I think you look throughout our team there's good, young players, attacking players and it makes sense that people would want to come and watch us and back us and give us their all because I'm sure they know when they are watching that the lads are giving everything they can for the football club."

Hear more from Welshy on iFollow PNE now by clicking on the video above.