Despite admitting North End weren’t at their best this afternoon, manager Alex Neil praised his side for finding a way to win at Bramall Lane.

Alan Browne’s effort just before the hour mark saw the Lilywhites to a hard earned victory away at Sheffield United, and having put in a performance and not got a result several times this season, the gaffer felt his side showed real resilience today. 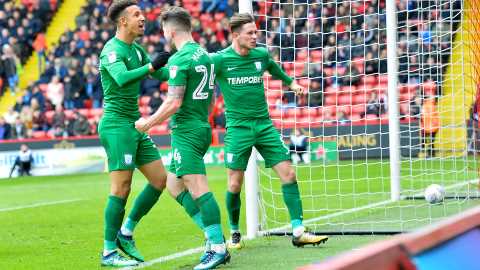 I am More Confident Than Ever Says Alan Browne

“That’s probably the poorest performance we’ve put in and managed to win this season,” conceded Alex, “But I don’t want to take anything away from the lads.

“There’s different types of winning games and the simple fact is at the end of the game, you’d rather have won than played well and lost. 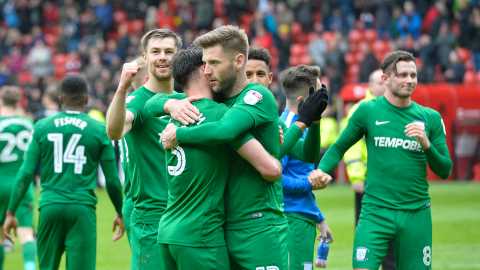 “We’ve had a lot of games this season where we’ve played particularly well but we’ve not got the points but we’ve showed a different side to ourselves today, we were resilient, we’ve dug in and defended well and when a chance came along we took it.

“It’s not a performance which I’ll look back on, but what it is, is a means to and end; we’ve got the three points, we’ll discard the performance and think about getting ready for next week.”

Today’s results means North End can get ready for next Sunday with it all to play with just two points separating them from the Play-Offs at the time of writing with one game to play, and the manager reiterated his and his team’s focus will be on themselves come next weekend at Deepdale against Burton Albion.

“If I’m being honest I didn’t have a ‘Scooby’ what was going on at the other grounds,” continued Alex. “I was just focused on trying to see a hard graft 20 minutes out because at that stage, we didn’t have possession of the ball, we were pinned back in and had to defend for our lives and we did that.

"The most important thing for us which I’ve said in the last few weeks, we need to take care of our own games because if we don’t, the rest doesn’t matter. We’ve done that and took it to the last game and now hopefully it will be an exciting end to the season for us.

“The pressure now goes to the other teams. They’re going to have to win their game, and we just need to take care of our game and if we don’t, we don’t deserve to be in the Play-Offs, if we do, then you never know what’s going to happen.”

Browne’s goal on 57 minutes came at a crucial time for Alex Neil’s side, with Sheffield United looking at making their home advantage count.

On the only goal of the game, Alex added: “Josh Harrop cuts in on his right foot and has a good shot and then Alan gets on the end of it to put it in the net.

“It was a strange game - very rarely do we get dominated but I didn’t think we dominated the game by any means today, but I’m pleased that we won it - it’s certainly not going to be one that we’ll remember for very long. We started brightly but then we were poor up until half-time and I said to them, nobody remembers the first half, particularly if it’s 0-0 what they remember is who wins the game and the boys did what they needed to do and win the game which is the most important thing.”